Marianas has really killed the fun in pvp, her matched with Kiyoshi, Halo, Kreiger and Matador is absolutely annoying. No skill is needed with this team, just break all cover to start a thunderstorm. I really really think her Razorwind skill be changed to only affect Lifted enemies and not enemies that aren’t behind cover.

She was recently nerfed. It was much worse for this cheese team. She is rather easy to kill. Just take her out fast and you are good

Not always easy to kill her with Matador shielding. I think the Razorwind move needs to just be changed so the cheese team won’t be used anymore. Tired of fighting them every other match

Instead of changing Marianas, change halo and Krieger. Them hitting off each other is what makes the team annoying.

I have no problem with them paired with other people it’s just with Marianas, no cover and it’s just constant thunder and being slowed

So then fight fire with fire

You must use that team if your solution is to fight fire with fire. So everyone in the game should just use this corny cheese team??

What I dislike about her skillset is that it doesn’t function well with any team apart from that one specific cheese team. The abilities rarely act on enemies, to little effect, and she fills a very specific niche which is already filled by other heroes (decloaking). It’s one reason why I plan to not upgrade her.

If there were more heroes that cloaked allies (More heroes than just Mandrake and Lancer), then she might me more viable on her own.

I agree, even when she’s Ruby she’s still useless unless she’s with that cheese team 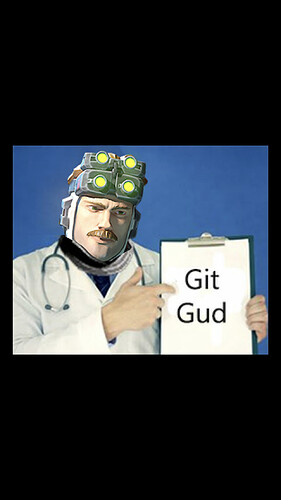 As probably the biggest Heimlock fan in the game, I unequivocally approve this picture. #WhereIsChallenge #SomeonePleaseGrabSample!

I agree. Take out either halo or Mari. I suppose if your favorite PvP team has a bunch of biochems then it really sucks. I miss that I did not get to use her in extremes before she was nerfed

While on that subject (although I can see it being a headache for maintenance); it would interesting if either (1) they in nerf in PVP and let PVE use the OG power or (2) set a timer/chksum on the nerf when the hero is unlocked. When sum is ‘old’ enough hero is nerfed. That way everyone will be able to use that hero at their OG power rating.

THAT WOULD BE ABS CHAOS

Yea the team is easy to kill now just use a mech. I use shiv then the whole team is down the drain so please stop complaining because if they nerf her again we can’t use her in extreme!