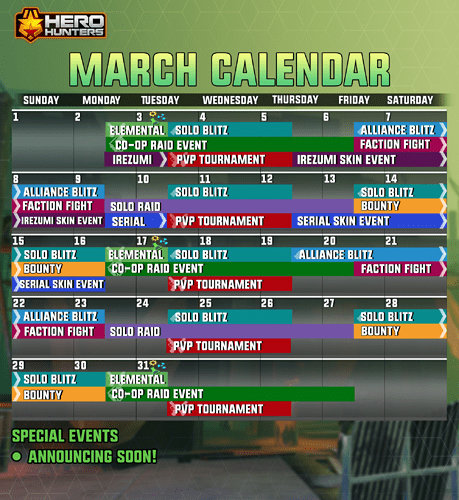 8 Likes
How come they don't tell who the monthly gauntlet hero and pvp heros are anymore
Betapeek February 28, 2020, 4:05pm 2

So next faction is Magistrates? (because Brogan is featured?) GREAT! 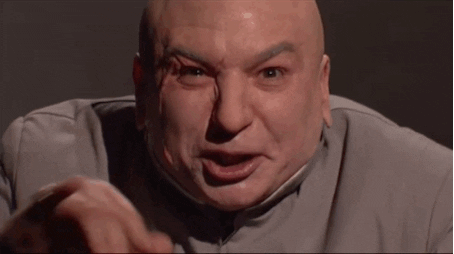 my 9* salavtore will be finally be put to use!!

When will you guys swap out cinder for the Daily login

Buddy , I seriously don’t want them to replace Cinder from Daily Login. I am grinding daily and have Cinder nearly at 9* and soon want to 10* her to farm for Heronium.

I wanted to give a suggestion to Developers - Even if after every 2 or 3 months , you put a old/released last year 5 Star Hero in PVP Store , it would be really awesome. Just like Heckler was put last month. Being relatively new player , chances of unlocking some 5* hero is good but for some it’s very less .

Razorback - His fragments is available in PVP crate that opens after 5 wins .

Hideo- His fragments are available as rewards in Alliance Wars .

Heimlock , Francoise , Chesterfield - From time to time we get fragments of these hero in Alliance Store.

5* Heroes that require lot of Luck to unlock - Oracle ,Alvarez , Shivs , Odachi , Phalanx , Phoenix. (Skipping the newly released 5* heroes ) These 5* hero (Alvarez , Shivs,Oracle , Odachi , Phalanx , Phoenix) are available in many crates but the probability of getting them varies person to person but putting them in place of Razorback in PVP crate or as Alliance war reward would motivate to go that extra mile and grind more to unlock them instead of just cursing my luck when I open Hero Crate with 10x with 2700 Gold( It happened to me , I unlocked Alvarez 3 times with this crate and I was like why I keep getting him , am I doing something wrong or do I need a new crate opening ritual).

I get that. But she’s been in there and in hard missions before. Everyone should have her 10*. There only been three daily hero’s since I start matador (first 10*), surge, and cinder. And it’s been 700 days since I started. It’s time for a change

Leaving cinder as the daily hero gives players who are grinding hard something to look forward to. Those who have been playing for 700 days (as and example) have far more avenues for heronium. Changing out cinder may discourage mid level grinders and even those just starting out.

I mean, they took out Salvatore as daily reward frags 2 days after I 10*ed him. And cinder has been in reward crate much longer than Salv was.I think a change would be good