A glint of sunlight, a fluttering eyelash; the morning had come.

The hazy sun shone warmly on the dew-dusted forest. Saplings, tinted with green, grew beneath overshadowing pines. All the while, the morning mist held a ground covered in dead pine needles. A gentle breeze blew through the air, carrying with it no echoing gunfire or rumbling explosion. For a world torn by war, this place seemed to forget war ever existed; it remained untouched by crater, shell casing, or crumbling ruin.

She sat up in her stitched cot, slowly readjusting herself as she sat upright. Several other empty beds lay next to her in the roomy, rugged canvas tent she rested in. Two supply cabinets stood by the door, casting stoic silhouettes in front of the greenish opaque walls. There was a strange serenity in the room; unoccupied and peaceful. The woman was greeted only by a clumsy fly, aimlessly bumping into the peaked ceiling.

Her bandages crinkled, having become prickly and stiff, weathered by passing days. She didn’t remember when she was treated, only a groggy memory of a rough encounter. Pulling up her drab-colored Henley, she examined the injuries, unwinding the wrappings slightly. Despite the tenderness, the wound had recovered well, although three gnarled scars remained. A reminder of the day she nearly died.

Despite her healed wounds, a few more problems lay unresolved, ominously dwelling in the back of her mind.

Shiloh. The backbone of the People’s Guard offensive, the spy mercenary, the woman Kurtz betrayed, had been exposed. Her mission, months in the making, had fallen to pieces in a single minute, and her allies scattered to the wind. Hunted down by cruel hands and scavenging eyes, and on the verge of passing away, she had nowhere to go, no one to turn to…

…at least that’s what she thought. She was here, safe. Why? And…where was ‘here’?

The sound of muffled discussions and equipment pricked Shiloh’s curiosity as she stood up,
refastening the bandages. She could stand again, but stiffness gripped her limbs as she walked. She undid the clasps on the door and opened it up, squinting in the brilliant autumn sun.

Dusty trucks drove by carrying various crates and packs. Soldiers and fighters hurried about, suited in various uniforms and armor. She could find little consistency between them; different emblems in various colors revealed themselves on the uniforms. A coalition between normally independent factions. not an uncommon sight in days like these. After a few minutes, she realized that every faction was present. Well, not every faction.

Nevertheless, a coalition of this size was very risky and unusual. That meant there was an even bigger threat.

“They’ve seized control of Blackthorn, and are pushing toward City Hall and the Armory! We’ve never seen an offensive like this.” A group of diverse individuals spoke underneath a large canopy in the center of the camp. Shiloh drew closer to the group; the commanders. Their identities became more distinct as she approached.

”My people have dealt with this tyrant before”, rumbled Cast. “However, we will not trust the ones who stole from us.”

There was Cast and Keel of the Shoremen, Captain Ryker and his associates, and the man Matador. There were others Shiloh didn’t recognize, although there appeared to be 15 in total. The group radiated a tense aura.

”The UAF only responds to rogue forces. You plundered highly potent chemical agents.” The UAF captain responded. “The UAF protects its property and constituents.” Ryker sounded agitated in his response, yet remained composed. Annoyed grumbling started to arise, so it was fortunate that the giant Spaniard spoke next.

”Gentlemen, please! This is getting outtuh hand! There is a great danger that the KLG brings to the citeh, the kinds of which I have never seen behfore. We must initiate an offensive quickly!” The brutish swordsman had a rough way with words, but it seemed to quell the dispute, as if everyone knew he was correct.

So this was it then. War. Not the skirmishes that had popped up over the past several years, but a full-scale war that could bring heronium-powered destruction upon the city once again.

Shiloh murmured to herself as she assessed her circumstances. ”I…don’t…belong here. These are the people I undercut; why would they save me?” Beads of nervous sweat traced pathways down her forehead. As she discretely hurried away, she was interrupted by an approaching mercenary.

”Oy! Caught ya left the medical tent now! I trust ya feelin’ bettah after the druggie and I patched ya up. You were near the end mate.” The green-clad bounty hunter wore a subdued smirk and smudged face paint, hoisting his crossbow onto his back. He bore a strange odor, but Shiloh failed to notice it.

”Oh I know ya mate, no worries. Name’s Cross. That c–t over there, Surge, brought ya here. That man has made some ace equipment to help ma work; quality bloke that man is.”

Shiloh’s stunned amazement at the merc’s words quickly shifted into joy. For the first time in years, Shiloh saw him.

Surge, the peculiar, but caring scientist. The man whose voice had been in her head for the past 2 months. She thanked Cross and hastened to the station where Surge was, him attaching the vectors to his gravity harness.

”Surge, I…I don’t know how you…it’s good to see you.” That wasn’t his real name, of course. But, working with callsigns their whole friendship, it was hard to break the habit.

”Shy you’re feeling better, that’s wonderful! You’ve…been unconscious for the past week.” The scientist awkwardly fiddled with the screwdriver he was holding, noticeably glad to see his long and dear friend.

Shiloh was never one to beat around the bush. ”What is going on?” Her tone and demeanor grew serious, as she knew the coalition was the result of something far more problematic. His attitude changed with hers.

”Kurtz. He’s moving again. It’s something…different this time. Something far more deliberate and intense than normal. Every faction has been under attack for the past week. He’s…completely lost it.”

For some reason or another, Shiloh understood what he meant. The General was the ruling figure over a city which still had civilians in it. For him to implement such an offensive was unusual; he normally kept things steady, albeit with a literal iron fist.

”Shy, why where they after you? The Morlocks?” The question had been sprung.

What followed for the next hour was a full confession, Shiloh couldn’t hide it any longer. She admitted to her past with Kurtz, his plan with mass resurrection tech, her deceptive actions with other factions, her intent to help Flatline, everything. Surge’s eyebrows shot up at her mention of Flatline.

”Flatline?! You were with her? Where is she, what did she do?” The scientist seemed strangely shocked. Without waiting for a response, Surge continued.

”Flatline has been missing from the Patriots for the past 4 months. None of us know where she is; Sapphyr even tried to locate her, but never succeeded. We thought she had died or betrayed us…but…I guess the latter of those was true.”

His dejected attention went to his harness before returning back to Shiloh. ”Did you sell us out to her, to Kurtz?” His question was not threatening, but it was certainly pointed.

”No no no, of course not!” Shiloh sputtered. ”Why would I do that? I told you I knew nothing of her work with Kurtz. I had no intention of giving her over to him.”

Flustered, Shiloh turned away for a moment. She knew that her actions had caused a great many problems for everyone, but this couldn’t be undone.

For the first time, Shiloh felt the consequences of her mercenary ways. She had lied to and deceived dozens of people, ultimately for her own circumstances. Her actions had led, indirectly and directly, to the deaths of hundreds on both sides, yet was now the enemy of both.

Surge motioned for her to sit down on a nearby crate, resting himself a few feet away from her.

”Shiloh, you need to know why I brought you here.” He somberly paused to consider his following words. “The factions know of your involvement with Kurtz. The only reason you’re still here…alive…is that you’re the only one here who knows the weaknesses of his stronghold. It took several days of debate before we decided to keep you here with us.”

”With this news of Flatline and Kurtz building mass resurrection tech”, he continued, “You’re even more important to keep safe…but…"

”…but I’m a prisoner at the moment.” Shiloh finished. She understood her purpose for being at the camp now. She had one too many connections to be fully trusted.

Surge stood to his feet. ”A prisoner by technicality, but still very much a help to us. As long as I’m here, you will be safe.” He picked up his gravity harness, slipping it over his tattered purple shirt. ”If Kurtz’s offensive is to result in war again, you need to be prepared to follow every directive we give. We’re not losing this city again.”

Shiloh resignedly breathed out, accepting what her friend had told her. While she pondered his words, a sizable Patriot tank rumbled to a stop near where they sat, a short, blue haired sitting atop.

”Surge! Stop flirting with the prisoner, you know that’s forbidden.” A cheeky smile escaped her lips. “Get yer ass up, we’re having a mission briefing in 5 minutes.”

Shiloh stood up alongside Surge, taking a hurried breath. She was hard-pressed with fear over what she was about to do. Over who she was. The only thing that lifted her up was Surge’s promise. “As long as I’m here, you will be safe.”

Loyalties have a price, actions have consequences. Shiloh was prepared for neither. The Lawgiver rebels, her people, had quickly become the people she had to fight. Their devotion to Kurtz, the madman, was the only thing separating her and them. Most importantly, she knew what was to come would likely bring about her end. Kurtz was a deliberate man; if he wanted her dead, he would do it himself if needed.

The two walked towards the crowded command tent, Ryker and the other commanders at the center. They spoke:

Ready yourselves, the plan has been decided…”

The story will continue…in time. 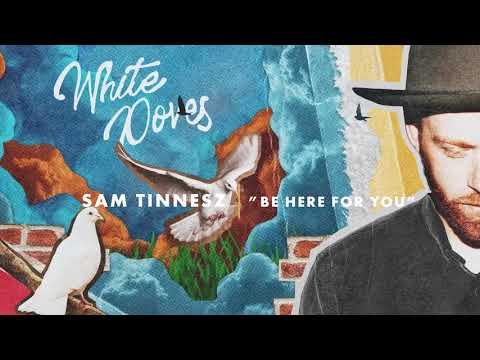 Thanks for reading, let me know what you thought of the story by dropping a like/comment!!

None of us know where she is; Sapphyr even tried to locate her, but never succeeded.

Wow, Sapphyr couldn’t even find her? Flatline must’ve had help covering her tracks. Sapphyr is one of the best, so if she couldn’t find her, I’m not sure who can.

Thanks @J_A_D_O and @TheRealMilk, this one was a real treat. I like the light, causal inclusion of heroes into the storyline. By the way; do you know who the “druggie” Cross refers to? He’s an in-game hero.

do you know who the “druggie” Cross refers to?

He was my second guess. The only reason I thought of Briar, was because she works a lot with plants, and other forms of vegetation. Also, your suggestion to @neogens for the drawing of Briar seemed to fit well with the description “druggie”.

Still, awesome job on this.