The leader of Kurtz’ Lawgivers is finally coming! Welcome… KURTZ, the Rebel Leader!

Stay tuned for more details on this long-awaited Hero, and how you’ll be able to add him to your Hero roster in our version 2.0 update!

this rare medium your presentation skill

I knew this was coming!

Hold up…Kurtz is coming out in part 2 of the April Update? NICE!

I can’t wait…thanks devs, I hope he will be available in Co-op raids

I think he means version 2.0. (which will surely come in May) At the moment we have version 1.16. I think the second part of the update will probably be 1.16.1

I pretty sure he will be unlocked by paying actual cash. Mark my words.

That would make this a pay to play game and devs have historically rejected this notion. I suspect he’ll cost a ton of gold, though, because of the anticipation. We’ll see.

I’m leaving my original post up, but my apologies because I added the world “only” I your sentence. I think your post as it actually is, is reasonable since you’re not contending that being the ONLY way to get him.

and devs have historically rejected this notion

errrrr… Are we playing the same game…?

More details coming in a few days! For now, speculate all you like, but keep an open mind!

I hope we CAN outright buy him… Spending money upfront is nothing vs the time and gold I spent trying to get Brogan… And I still don’t have him.

Guarantee you he will be a 7 star hero hard as hell to get like Brogan, phrophet,and the other 7 star

I personally love the idea of high risk - high reward characters that put your team in initial danger, only to boost them incredibly later on. I personally LOVE Kurtz, and am hoping that he offers a fearsome persona through his skills, and a rarity that makes opponents anxious. (His hollow hand creeps me out, and that’s a good thing.) I’m happy they dropped his preview.

KURTZ, THE TAKER OF SOULS.

It’s about time that Kurtz made a debut in the HH Universe. He was concealed at the start of the game and it is like 1-2 years now when Kurtz appeared. Also, based on Kurtz’s preview, I guess his skills are more dealing damage to the team then boosting your allies. This kinda links to Severo (a concept I and @HecklerP made a month ago) with the dealing damage to team then boost them to a stronger level.

No need for speculation, simply check his skills in level 13-10. Stunning opponents for over 30 seconds is maddness . Other skills are fierce too. I guess there are lots of work to balance him.
And again they will make U pay handsomely to have him on board. No coop can unlock him anytime soon.
my mind is open up to the skull though. Please don’t touch my brain. Lol.

We’ve had Kurtz’ kit in mind for quite some time. No inspiration from player-designed Hero concepts was used.

If u say so. Just saying 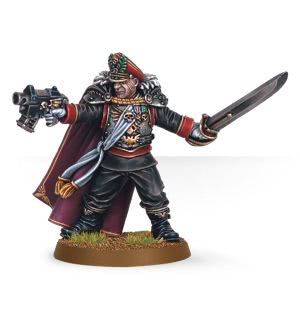 “Everyone Fights, No One Quits”

This is Kurtz. I don’t know how he came to my hero roster, but here he is…