Still found something I could complain about, thank God it was still possible. 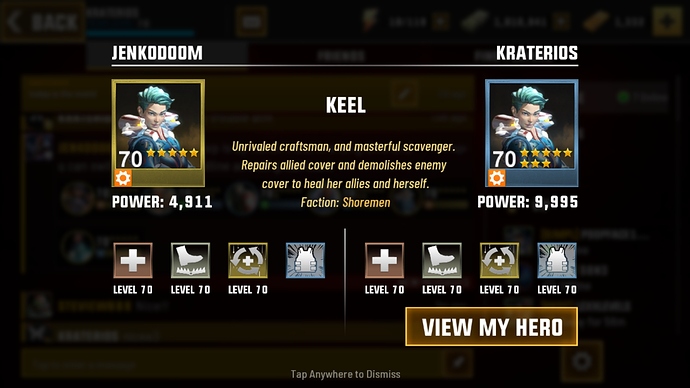 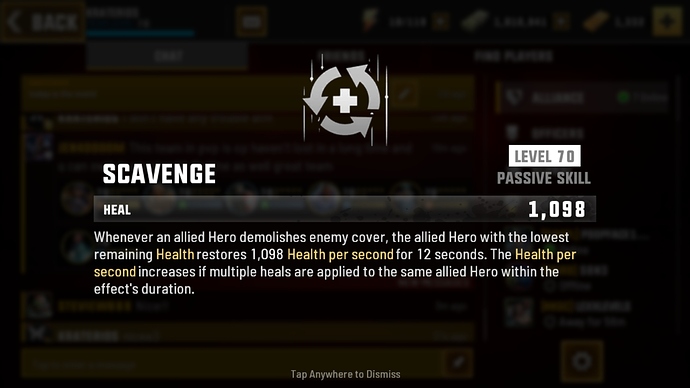 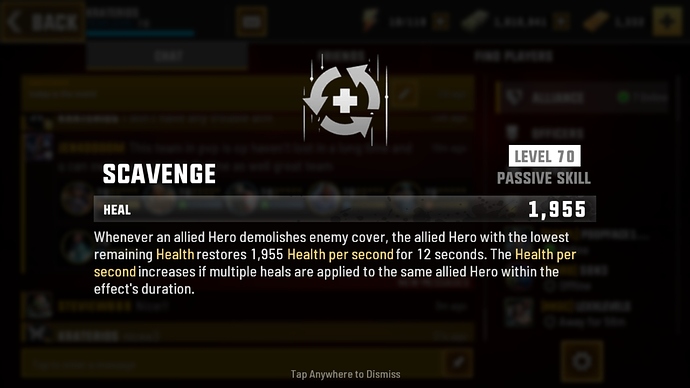 I mean, 3 stars and gold plat difference is less then double the health restore value? 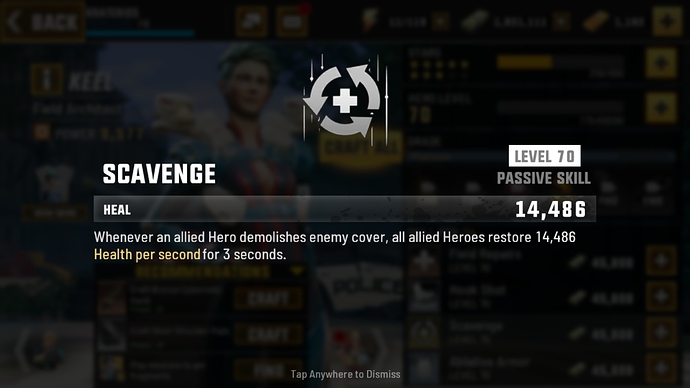 This was yesterday before the update
I know only 3 uploads is allowed, but to make this easier to look at the difference

Agree with you buddy

It’s the same with her bronze and silver, just x2 the damage/health

Had a few tests runs with her and I have to agree unless plat baron is on the field wrecking every single barrier that exists. That stack can get nasty but it’s very weak in essence if you don’t have many barrier breakers. Eventually one will run out of cover to shoot.

In short with the hp increases this feels like a very steep nerf to a non top performing character.

Actually I think I have never seen so many Keels

I have no proof, but I feel like her field repair got tweaked to be better. When she heals, she almost heals the whole team. Mine is 4 gold 7* and heals 54k a second for 6 seconds.

The new keel definitely has a lot more utility. Her plat skill is in the field much longer thanks to the higher health pools and field repairs has the chance to go off far more thanks to that (also currently for 6 seconds 55 k per active tick). I just feel the gold ability is now VERY dependent on maining or fielding many a barrier breaker and shooting barriers 24/7.

Perhaps seeing is believing. Rather. Here’s two gold abilities and here’s a disclaimer: this is not to build the argument that the ability is weak but only in relation to the high hp gain. These are based off two platinum heroes. My keel has 7 where mandrake has 9. 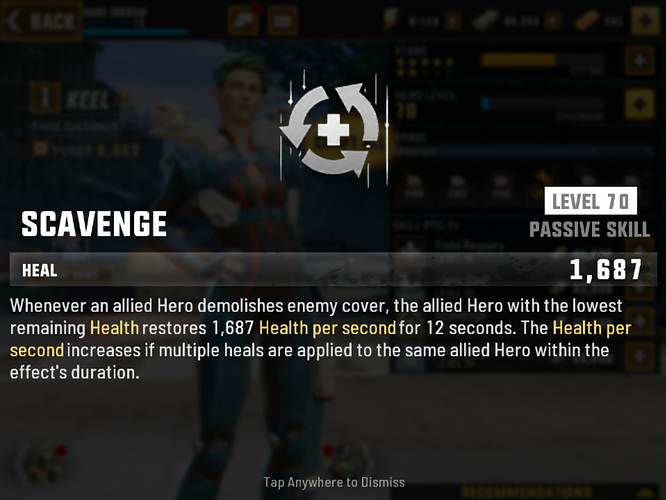 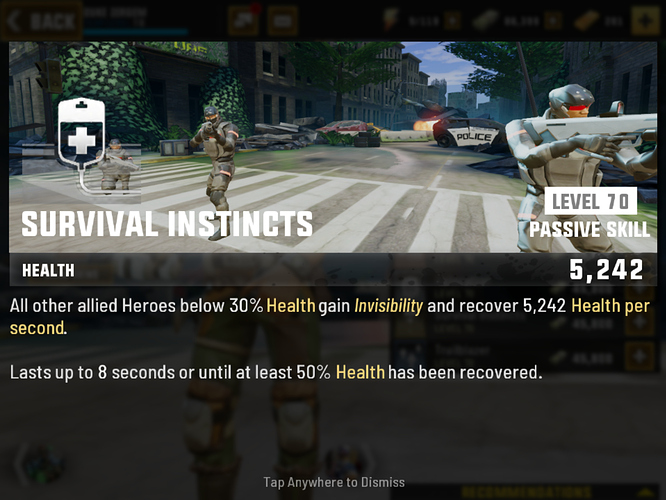 I mean to illustrate that if a non healer out performs you that’s when I start asking the questions. Again. If you have plat baron the ability might become very broken. But why make a hero rely so heavily on that?

Also, there is a star difference (2) between these heroes for me, so this is not totally accurate. Maybe keel’s growth rates rise sky high when she attains the star rating my dr. mandre has.

To summarize, I still stand by the point which OP made. The rework comes slightly as a nerf as it just doesn’t even tickle my drake running around with his 480 k hp unless I have tons of heroes who specialize in attacking recyclable materials conveniently placed in areas where skirmishes are to appear(might want to have a look at airport where the background decoration also triggers her skill, which all are placed nicely in a row…)In my point of perspective I would much rather have a lower field repair skill healing as the main pro is restoring barriers, and up the power in the healing stack. However, I would love to see a 10 star Keel before I jump to any further conclusions, false assumptions and run on sentences.

Yeah, healers got buff in general (Nightengale with legendary skin is even MORE stupid now than before), including Keel. But they nerfed her gold ability, which only made her worse. This can’t even be considered a trade off, because they buffed the shit out of heroes like Heimlock.

I see the changes as a give and take. The devs wanted to ensure players get top use abilities for characters before they die in 2 seconds during matches hence the beefier stats for…well everyone.

But if you do that, healing needs to be brought down a bit. Most of this came in the form of heal over time effects being weakened, but Keel’s gold was changed too. It makes sense since if everyone is stronger, having strong heal over time means matches will never end. Even as it stands matches are longer and I had time outs which I hardly ever had before. Personally I have to get used to these changes, but I understand the direction. Its actually a pretty good decision in the long run i think - it mainly allows more strategy for slower styles of characters who sometimes don’t even get to use their abilities effectively.

The problem is that they lowered the heal AND make it single heal. The Golld abillity only works as long as there are covers. It will expire itself while the match goes on.
She now is a low damage, low heal , medicore HP hero. So not really usefull anymore, the nerf just went to far. They should have nerfed either the heal or make it single heal, but not both.

In my experience the gold skill doesn’t heal, or only heals 2k at a time which is close to 0

While I agree that some of these heals were TOO strong, they got destroyed. And they buffed ridiculously heals that most players dont use, like Operator.

Nerfing meta heals and buffing unused heals sounds good, but it should be done to balance things, not to turn them completely upside down, imo

Gammond was nerfed from one of the best to one of the worst heroes, even though he never were OP.