Brogan is a ghost or what?
There is no offer on him, he is never in the shops, in the pvp crates you do first to unlock Kurtz 5 times.
He’s a myth, apart from the VIPs I’ve never seen anyone have it.

Has anyone managed to unlock it by way of store or am I just very unlucky?

One time he showed up in the Alliance Store 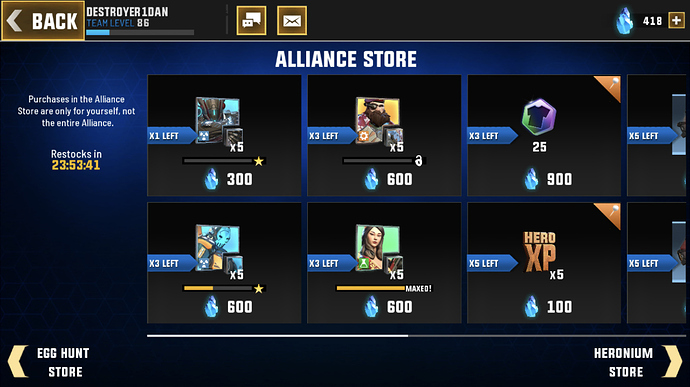 He has the same unlock avenues as Prophet and Artemis. He’s in the pool for the Alliance and Heronium stores. As far as I know, none of the 7* heroes are in the PvP & Gauntlet store pools. He’s also available via hero crate, like the other two (which is where I got him).

the one of the pvp crate was a joke, but respects Prophet (who I recently unlocked from the store) and Artemis (I miss 26 fragments), Brogan never appears