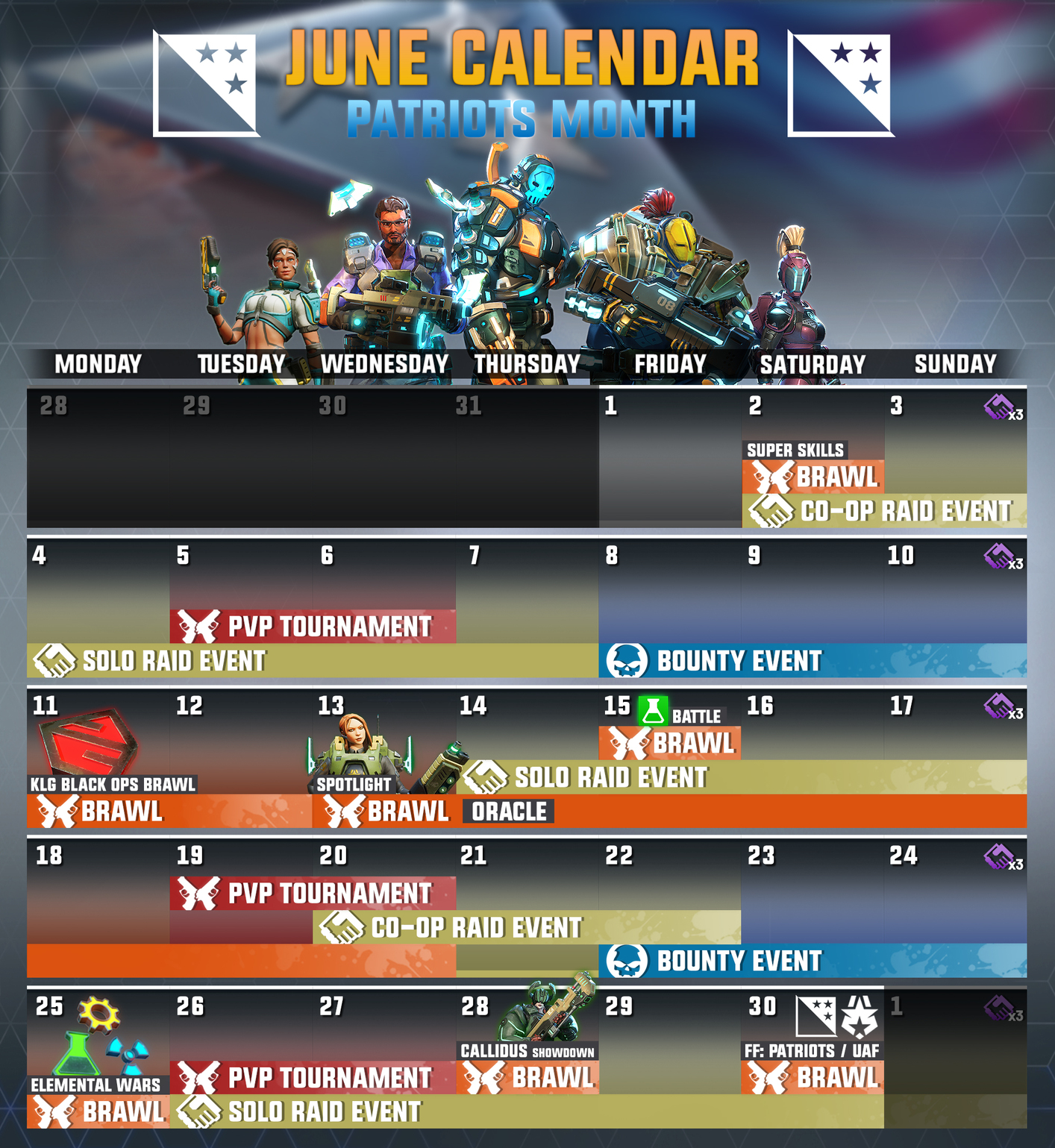 So there’s only 4 Patriots Heros and I guess Flatline will join them. I assume we’ll get a good chance of winning her without needing to shell out a tonne of gold?

I bet Flatline will be the dojo hero, just like it happened this month with Caine. (His faction was featured, and he was farmable on dojo)

You dont have to guess. Flatline is displayed on the calendar with all of the other Patriot heros

Did someone say Patriots month?

Yea this calendar is confusing and seems like there are some errors. Appears to me that “Brawl: Oracle” lasts one week (orange color) but that can’t be right. I’m sure that is meant to be “Spotlight: Oracle” but then we apparently have some unknown brawl that lasts a week.

I hope these events will grant me a few Sapphyr fragments since I haven’t unlocked her yet.
My Patriots team is Phalanx (Gold), Surge (Silver, but 6 stars) and Fortress (Gold, 4 stars). At least Fortress and Phalanx are pretty upgraded so I guess I’m gonna have to work on Surge to stand a chance in the faction events.

All energy heroes in this faction wow

Hey guys thanks for the feedback here!
We’ll look at what we can do to make things more clear.

I still haven’t figured out June is considered a Patriots Month since the upcoming PVP and Blitz events are Black Ops centered.

Because its written as a headline on the event calender

But probably a month in the game starts along with the monthly update (so basically June Month will start maybe June 14 and last until July 15 maybe? I am too new to the game to have been able to see a pattern.

Yep, thats how it probably works. Its more like “June’s patch is Patriot’s patch” than “June is Patriot’s month”

After the patch, most events will feature Patriots, and until the next patch.

ahahahahaha I am blind.

Half way of the month seems to be when these maps are truly relevant.

And a whole year earlier in this case.