The Verrill Update is COMING SOON! 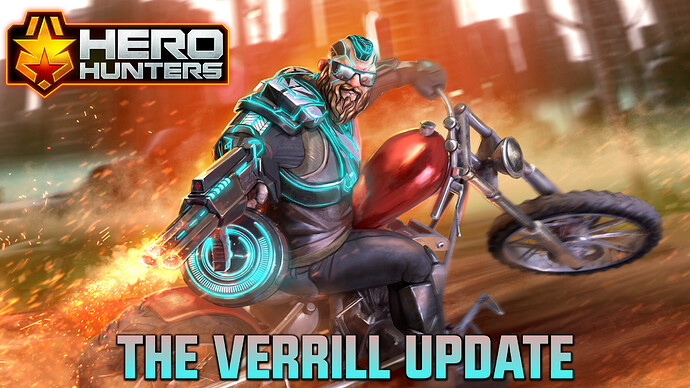 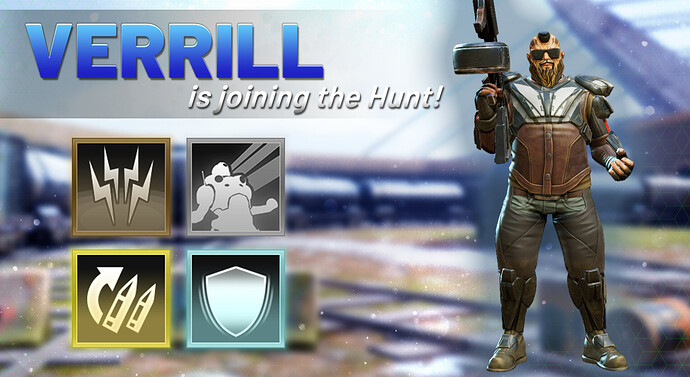 Verrill, the “Biker Badass,” powerslides into the Hunt! With an itchy trigger finger that ramps in power the longer he fires, Verrill can dish out steady streams of damage if he’s left unchecked for too long. 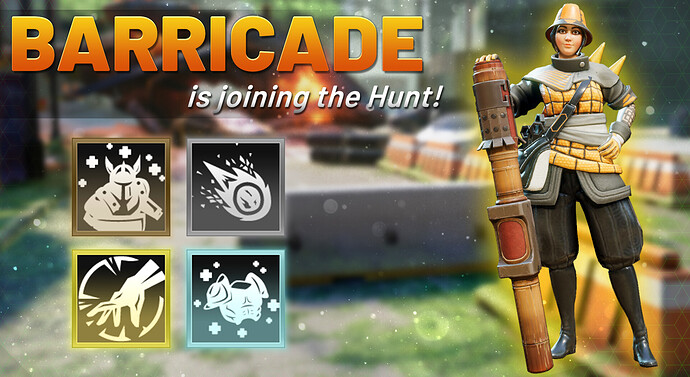 Barricade, the “Master Craftsman,” joins the Hunt! Use her powerful artillery fire to put the hurt on the enemy while quickly repairing your team’s cover and keeping their Health topped up! 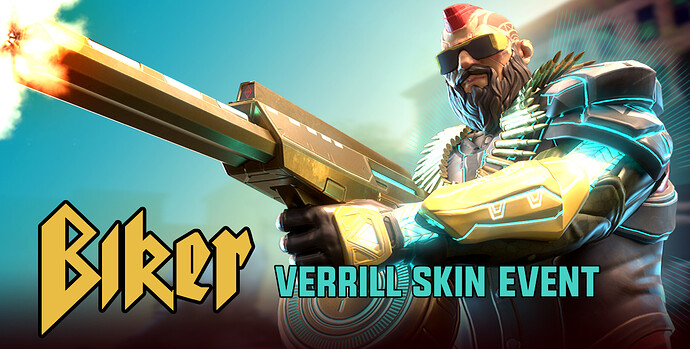 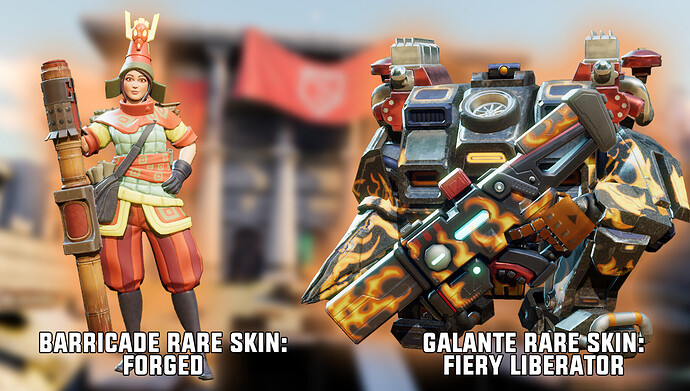 It’s summer, so Artemis is here to rain down arrows so you can fight in the shade!

In celebration of his new Rare Plus Skin, Galante gets a tune up!

i like the Yondu/Tron look of Verril. Galante looks like a HotWheels toaster now or closer to the Torque skin. Hope I get lucky with the skin drops. or Hero drop in general

The new hero seems cool. Barricade was one of the better FF heroes there, gonna be interesting to see how she translates to this game. With last month’s Cinder buff, I can see Cinder + Keel/Barricade teams coming back.

I hope the buffs to Artemis and Galante make them viable enough to use. The skin for Galante looks great.

In celebration of his new Rare Plus Skin, Galante gets a tune up!

The church will rise again!

The lord galantes time has come, at last he receives a rare skin, his power to smite nonbelievers increases tenfold.

Why is Serial’s Expedition getting the ‘Plus’ Treatment, but not his Rare ‘Heronium Infected’ skin?

Pris bunny skin becomes a plus one!! YEEEES. Rest of the update is awesome. Lots of underused heroes getting love and skins. Awesome!!

Hater hating. Nothing wrong with this update

She doesn’t have the same gold skill. Which means that that synergy will be lost.

With Yondu’s death in gotg it’s nice to get the feeling he’s still close (sort of) . And yes I spoiled it it’s been out 4 years

We hope you developers bring us something new about these topics:

Stores: gauntlet (stucked at gold items for almost 3 years), alliance (stucked at plat items for 2 years), pvp (what about adding something new despite only toon frags?)

We don’t expect you developers change everything every month but the least you can do is to bring us something new for one of those obvious things you can/must change/improve each 2 or 3 months.

@Muninn
@Skathi
@Robert_Pronk am I being a hater?

Its been a long time since i feel exited for an update, more of the same things even the events are boring.
I miss the gilded festival

And why you choose the expedition skin? so sad about the Infected skin

All hail the mighty GODLANTE!

So many common+ skins. All you’re really doing is burning thru heronium. There must really be a problem. Want to decrease heronium stashes: put mkv & mkvi cores in the heronium store

and when are the results of the competition?

Appreciate the update they DO pull out. I know it might not be exactly what we want. But it’s something. This could have also ended up like FF

The Dynamic Feature Crates, from my understanding, are just an adjustment to the Feature Crates that have already been released. Lately, I don’t think I’ve had a Feature Crate x10 that didn’t have at least one hero who isn’t maxed out for me. Before, most of my x10 pulls would be duplicate frags.