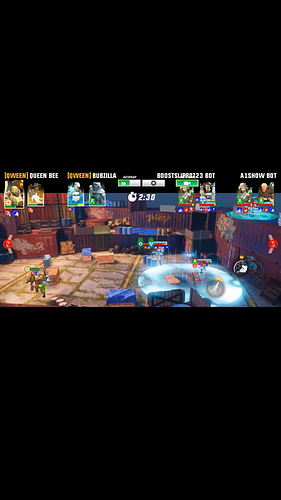 So heroes can be duplicated??

How can I win against a team with TWO butter or TWO mandrake​:sob:

That reminds me of Better with butter on Razor’s events

That’s a very similar situation, yes. Heroes that also Silence and Stun will also help you beat Butter+Drake combos. If you think of any other useful team compositions, there’s a separate thread dedicated to that discussion!

Oh my god devs, this is probably one of the best updates yet, so much new stuff and we see changes we all suggested together, i’d say thanks so much for listening to us, we hope we made it a bit easier and that our suggestion were right, super amazing update

I’ll point out again that:

All of this content (save the balance changes, which happen month to month) was planned a long time ago.

I hope to get paired with Kurtz rollers and serial users.

Will we be able to duel/challenge 2v2?

Is there still going to be regular Solo pvp and Solo tournaments alongside or forced to play co-op?

And wow that Artemis skin looks like it was pulled straight out of Fortnite. Hope it fits in with the post apocalyptic landscape of Hero Hunters?

Also i have question is, we have right to choos our partner or partner will maches with us like enemy .

The update is looking good, so far. But would we still have the regular pvp tourneys?
P.S. The Artemis looks nice. Though i think that would have fit Keel better (she being a Shoremen, after all)

That’s good to hear. Would we also have co-op pvp tourneys?

I love this new update, the new hero , Artemis’s skin and 2v2 PvP !! everything is awesome, can’t wait to try them all

I need a pvp partner lol

Most likely how other brackets are set up why would they change it? Just my guess though

I show this notice of updates to newbies… Now, they become pro