The Icebox Update is OUT NOW! 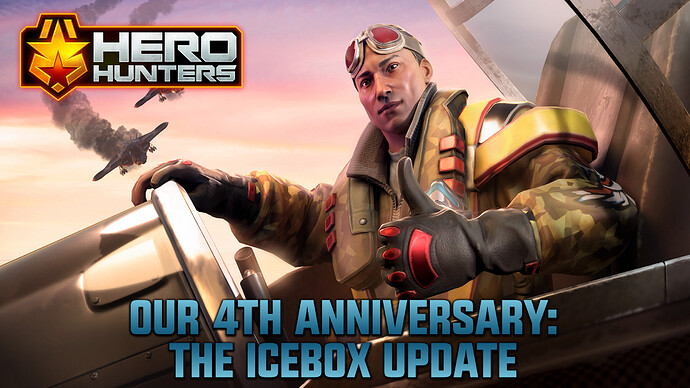 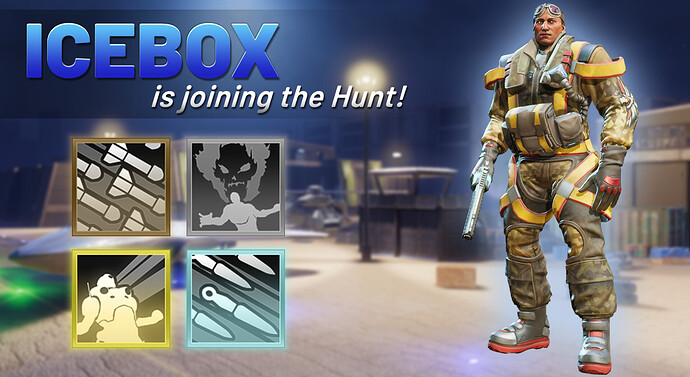 Check out his Skills here: https://bit.ly/2LQia9g 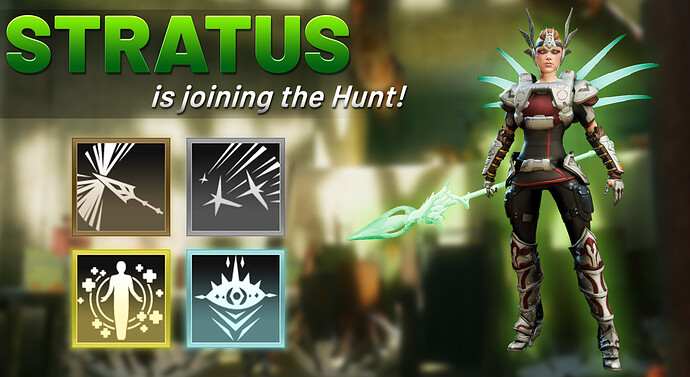 Stratus, the “Valkyrie Warrior,” joins the Hunt! With powerful long-range spear attacks and the ability to close the distance in a flash, this mid-line huntress demands attention.

Check out her Skills here: https://bit.ly/3bX3jVg 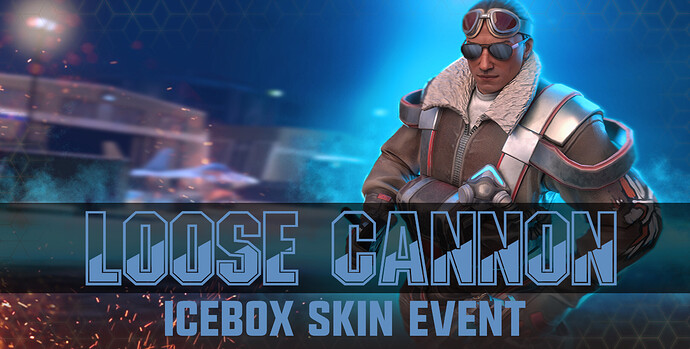 Take on the Loose Cannon Co-Op Raid Event to earn Ace Tokens, which will give you a chance to win the exclusive Ace Rare Skin for Icebox!

Use your Ace Tokens to open Ace Crates, which cost 200 Tokens. Ace Tokens and the Ace Crate will expire February 11th at 11 AM PST, so make sure to use them before then!

NOTE: You’ll need to have a Team Level of 40 to unlock the Skins function and equip your Ace Skin if you win it. If you win the Skin from Team Level 35-39, you’ll still own it, but you won’t be able to equip it until Team Level 40. 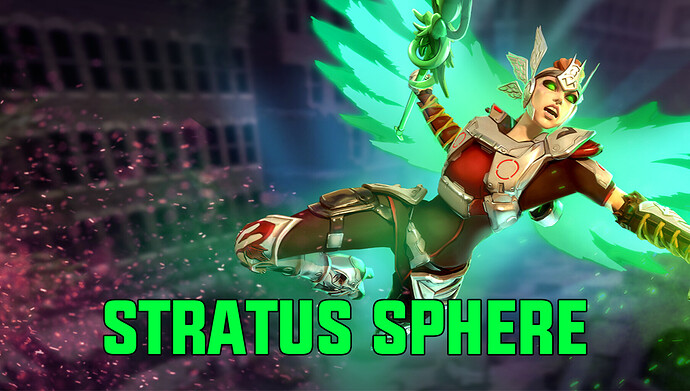 You’ve conquered the Razordome. You’ve bested the Venom-dome. You’ve survived the Gun-der Dome. Now, the arena is under new ownership. Prepare to fight for your life in the Stratus Sphere! 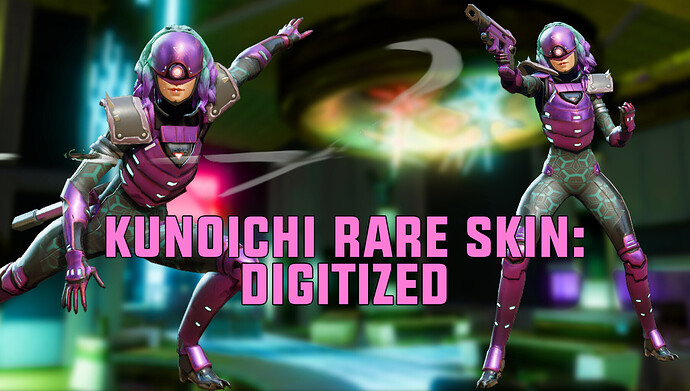 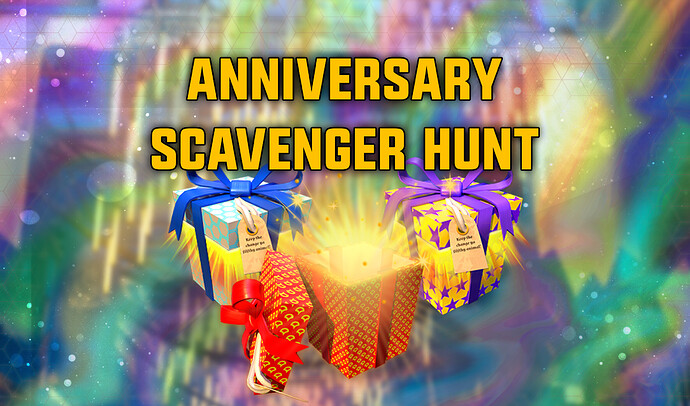 Happy Anniversary, Hunters! This month marks four years of Hero Hunters! We’re beyond grateful to our community for helping make the game what it is today.

Collaborate with other players and share notes to make sure you don’t miss out on exclusive prizes!

Presents are hidden in Normal Campaign, Hard Campaign, and Gauntlet! NOWHERE ELSE! 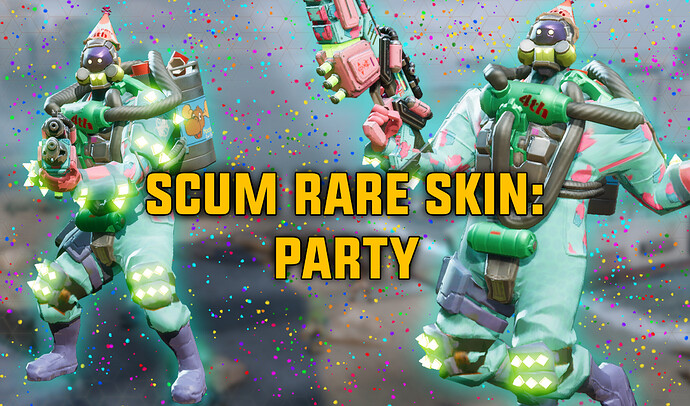 Celebrate good times! Come on! Scum’s exclusive Rare Party Skin can be yours as a completion reward if you’re able to find all 100 Presents hidden throughout the Anniversary Scavenger Hunt! Don’t miss your chance to earn this exclusive Rare Skin!

Scum’s Party Skin is one of our new Plus Skins! What’s a Plus Skin, you ask? 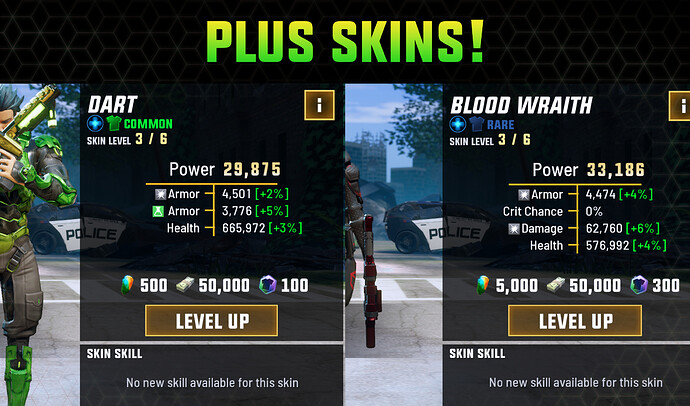 We’re adding a new way to power up some of your favorite Heroes! Select Skins have been designated Plus Skins, allowing you to Level Up those Skins past their normal level cap of 3.

If you own one of these Skins, then you can access the new Plus levels. You don’t need to re-earn the Skin or unlock a separate Skin. Skins that have Plus levels will require Heronium to reach levels 4 to 6.

Don’t forget! Voting is now open for the Hunter Awards! Make sure each coveted Ryker goes to the right winner by making your voice heard!

Have you joined our community-run Discord server? Dedicated members of the Hero Hunters community are hosting their own Community Brawl tournament!

Registration for this event has ended, but fan events happen regularly! Check out the server and say hi!

Visit https://bit.ly/3ir5QIH for details on the brawls, and click HERE for the HH Community Discord Server!

Carabina is getting some much-needed love this month, giving the UAF Airborne some additional firepower.

Some adjustments to Irezumi make her less powerful at the outset while giving her a long runway once Ink Master charges start to stack.

Coordinated Strike was a little too coordinated. It is less so, now.

YES, A CARA BUFF her silver needed that…and plus skins? And a kuno skin woot. Oracle nerf kinda sad, extreme mode just got a lot harder. And how did yall choose the plus skins? Just by random? Or by heroes that needed an extra shove?

This looks like a good update. How long did you guys wait for that stratus sphere pun?

See?!
KUNOICHI IS A HUMAN, NOT A ROBOT
TRUST ME WHEN I SAY SOMETHING 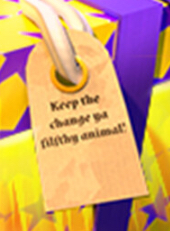 Keep the change ya filthy animal!

Why…how…wha…why do you search for these things hahaha

yes!!! Gunsmoke is being added to the Gilded Crate

Nice to start the year with hero improvements, hope we see more each update.

Love the Kuno, Icebox, and Scum rare skins that were added, very very cool on that front.

And yes! Please visit our discord! It’s very chill, and we do cool stuff from time to time!

Each Plus Skin was chosen for it’s own reason. Based one what skins you guys like the best we will inform our decisions going forward

Ooh the Ryker Awards already paying it’s dues. I see this data collection hahaha. All in all, surveys like this are great. I’d consider having one open at all times for people to post feedback and ideas into perhaps

Correction: Gunsmoke is being added to the Forged Fantasy Crate. Tokens for this Crate can appear as drops from Gilded Crates.

Sorry for the confusion!

Seriously !!! Nerf to Oracle, damn why you always nerf a already bad hero.
Oracle need a buff not a nerf, i will never understand how the developper think. Many other hero need nerf before oracle.

So no new modes, no any rework of current content, even new puny 100+ difficulty for raids? Meh… Hooray…

Plus skins. How about return skin tokens to PVP rewards? Because add levels to skins it’s very expensive without that.

Really totally awesome thing in upcoming update it’s Kunoichi’s skin. Maybe I promote her to Ruby like this happen with Beck and her legendary skin. 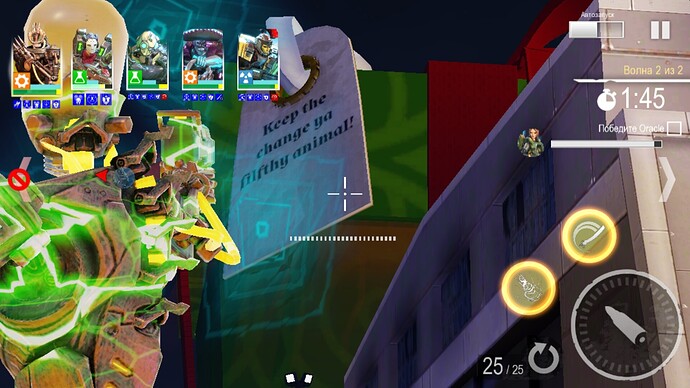