Is this a system error?

The bonus heroes used are two 30x heroes and two 25x heroes. I think I should be earning more than 426,000 points. And this was took after the points were done tallying up. Also tried to restart game and play the use the same team again to see if it was an error. 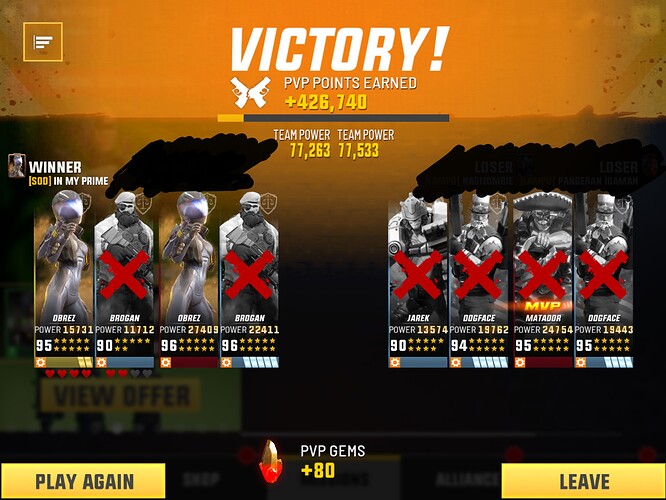 I suspect dead bonus hero doesn’t count. But need to be confirmed by dev. I m not sure.

Since you posted
I

14 hours a go. I did it yesterday. And nobody’s answering. So I put it on the main page. 2 hours ago. I want to get seen by a developer. And explain it to me.

It seems like you don’t like it. I need an opinion and an explanation from a qualified dev. So I will post it all the times I want. Dev s have the power to erase stuff so I don’t understand why you are Bothered by my actions

Lol I’m not bothered at all. Was just letting you know. Go ahead and post it on 50 other posts for all I care

I think yours isn’t too bad. 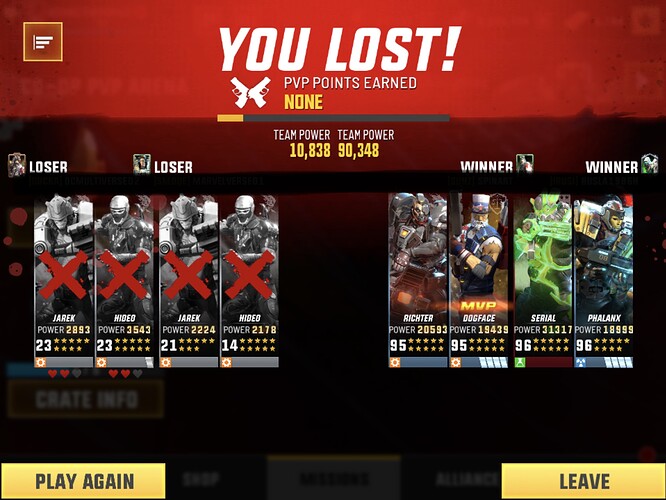 @Prime Maybe it only counts the bonus heroes you use, not your partner (I don’t play this mode, so I’m spitballing).

@Marian_Nitu You were punished accordingly because of the huge power difference in your heroes, especially when you put a 6-star Platinum Obrez with 9-star and 10-star heroes with Platinum bars or Ruby.

It’s what ya get for bringing in unbalanced heroes into co op PVP.

Mhm. Ok. Sure. I will remember. Thank you for your time for posting.