Is it worth going into PvP in the current build of the game?

I’ve asked a similar question a few months back, but that’s because I felt like I was missing out on a lot of progress. Nowadays, with seemingly more complaints about PvP from small to game-breaking, I wanted to ask the question again. Is it worth the aggravation doing PvP matches on a daily basis? I have been matching up in Freeplay infrequently, and once for the Tournament Vs. Yaeger (and won with a full team of The Watch, somehow), but that’s about it.
Not even matching with real serious teams, just with meme teams like THE KLG BOIS: 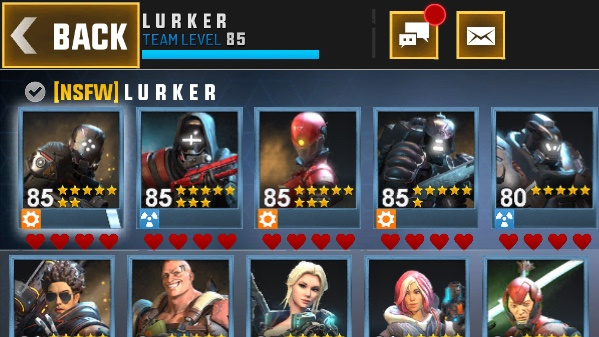 But, yeah. With that aside, is it worth entering PvP at this point of the game?

is it worth entering PvP at this point of the game?

It’s a game… If you’re having fun with it then it’s worth it; if you’re not enjoying it, then it’s not worth it.

If the progress that you gain in PvP gems / win crates is adding to your overall enjoyment, then go for it. But if you’re not finding enjoyment with that aspect of the game, then nothing is forcing you to participate.

Nobody can say what’s worth it to you, you need to make that call yourself.

I personally dont like to do pvp, since alot of it is “Who can min max ronin the best?” Along with Solo yeager “teams” and very few real teams. Rewards are almost worth the mental agony.