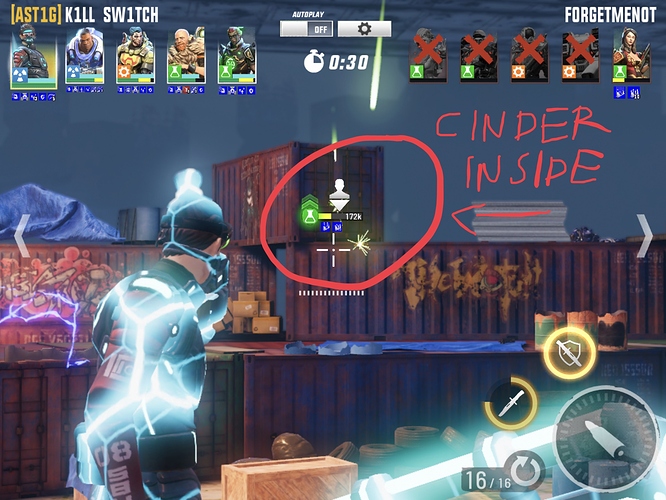 Have anyone experienced this on pvp? Cinder was the last hero my opponent had, i guess she was hit by a skill and thrown out inside the container, now i cant hit her but she can hit me. Experienced this 3 times now.

Yes, it happened to with Wesson, he disappeared at the same place as Cinder

If this happens where an opponent hero gets stuck somewhere in a PVP map (not only on this map but other maps as well) you can only use auto-target locked skill damage (eg, Flatlne’s Taser, Heckler’s missiles, etc) to deliver damage to the stuck hero.

Using an auto lock skill is great, if you have one. But what if you don’t? Doesn’t solve the issue

This has happened to me a few times both ways. Either the opponent gets stuck or I do. It’s only happened on this map so far for me.

Yes) I had such a lot of times)

This has happened to me as well 3 to 4 times now . The problem is Cinder can deal damage and use skills but you cannot do any damage to her in return.Luckily I had Mandrake ,used his bronze skill to kill Cinder 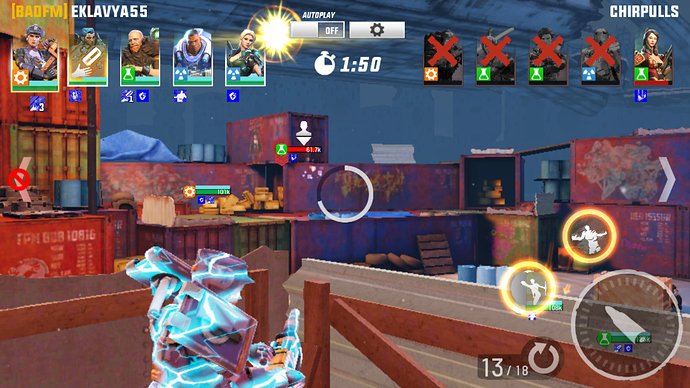