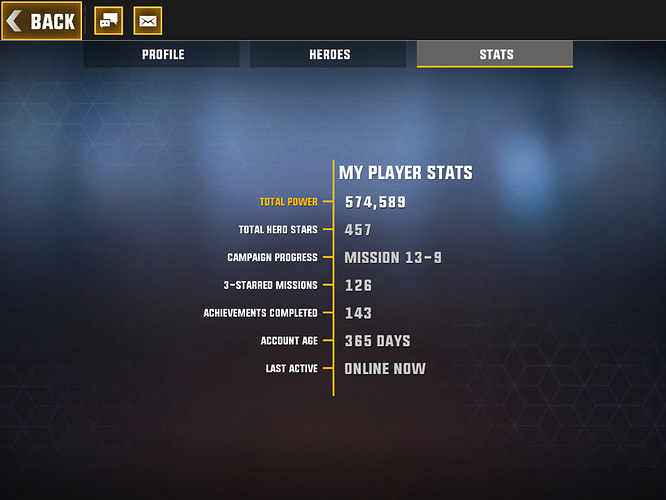 Now I feel left out.

Get over it, I already passed two years of HH and no dev graduated me, just let it go and hope for next year

checks my stats…
says account age is 791 days. now i anint that good at math, but i do know its more than 2 years.

i guess its just 2 years and 2 months. whatever. it sounded cooler in days

Been here for 3 years I suppose. The game has really improved and expanded.

Just so you know all I ever get on posts is either negativity or only people saying that this and that is bad, when I finally take 10 hours of my day describing every singe hero in the game in a short and probably easier way no developer looks after it, this community is beautifull but you gotta understand not everyone can get attention

@Robert_Pronk dude u are an amazing member of the community, i, for one, aknowledge you have ridiculous dedication. Appreciate u man. I’m sure there’s others who don’t say it but silently see your work and appreciate it. There’s some recognition for u man.

I think you just need to chill on asking for recognition . @Gale, @Vintermyst, @CptLappo are ones I can think of on top of my head because they not just have quantity but quality posts … and never ask for or EXPECT recognition.

I understand a lot of people may be a little too blunt in their criticism, this is the Internet after all, but everything/everyone can improve. You saw from this post someone appreciates your work, just be confident that there are people like that when you put something out. Your posts lose credibility when you follow up begging for recognition or speaking as if you are a victim because a first draft is not awarded accolades

Lol I hit my two year mark two days ago. Was only Because of this post I checked

Thank you, this means so much to me and really brightens my day

I also don’t ask for it, but I also don’t see people appreciate my work in any way, that’s a big difference

You literally just did it again. By complaining that no one is appreciating it, you are asking for it.

You had 3 people in your big hero skill post that directly said they appreciated it. The rest were pretty constructive criticism. It doesn’t even look like you applied any of their critiques. I don’t understand what you Are looking for … people like @Gale get ripped on just as much as you do

oi, stay between the lines.
don’t make me summon Muninn

Nobody “summons” me. I’m always watching!

And as this is about to get personal, yet again, I have to close this topic.

Gratz on your anniversary, GAMER37XDEC!