How should serial be available? (Polls)

Keep in mind that this hero is a 7 star hero and is supposed to be rare. So how should he be obtainable while still being rare? 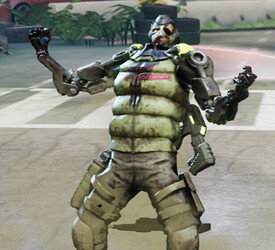 Should he remain obtainable the same was as it it currently or should it change?

Earn earn and earn. He is a rare hero, one of its kind and neccesary for progression for higher levels. And thus i think earning through war gives a player a reason to participate and stay active on this game. You also don’t make it too easy

Yep, he gotta he earned in some way. Only makes sense, but I feel like putting him along with fiber in war rewards doesn’t really fit. Either way the process of earning the hero is something everyone should go through. Pays off in the end really, especially it being a fun experience in the end.