How is this even possible?

can someone explain this?? 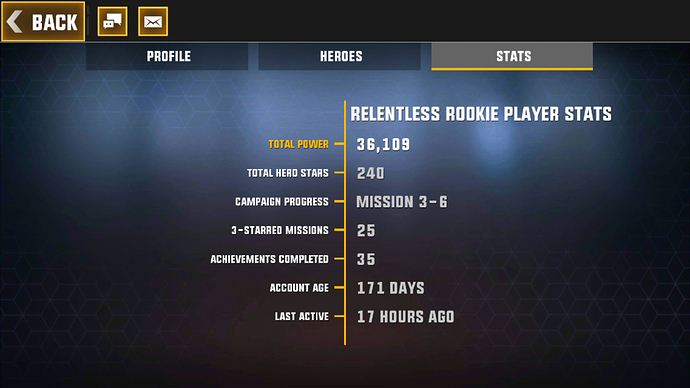 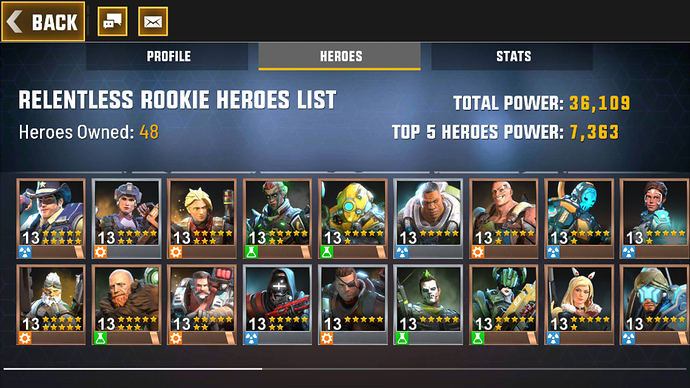 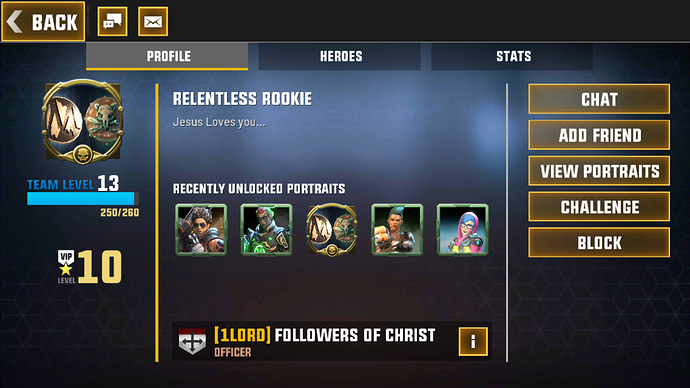 A plausible explanation could be;
he plays a lot of PVP and Gauntlet but not much Campaign. Team Level doesn’t increase from Gauntlet and PVP as far as I know and both Gammond and Dogface are farmable from these game modes. In 171 days / VIP 10 it’s more than possible to make these heroes 10*.

Odd way of playing the game though. Each one to his own.

so weird… how will his pvp matchmaking opponents be like??
right now he is in first place in tournament in rookie div.

He should be,
no other player with that low team level will have stronger heroes than him. Let him have the #1 ranking, it’s probably the only thing be ever accomplished in life and he did it by cheating a game which is just sad.

Hmm, kinda not cool. Seems to have figured out a way to abuse the PvP bracket system to allow them to obtain first place in every single tournament.

Simple solution: Make bracket system based on account age rather than team level.

PvP crates would still be based on Team Level.

Rather than making it based on account age, just add an age restriction to the current system. Team levels still determine which bracket you fall into, but if your account is X number of days old, then you’re no longer eligible for certain brackets and get bumped up to the next.

Putting age to the account is good and serve as a progression, additionally to give exp for PVP too. That way, no way he is able to keep his team level that Low.

Or just make PVP give xp like PVE does. Then it would be impossible for him to stay at level 13 and still participate in any events. Of course it doesn’t solve the 10* and bronze rank issue, but a number of suggestions have been made already to fix that too.

I’ve been saying this for a while now, give xp for PvP fights destroy scum like him ,sogui and all the others that abuse the system

I don’t see anything wrong with even a mere 5 XP per PvP win, as not to make progression too easy, but to prevent this sort of thing from happening.

I think his a hacker his strongest hero bronze one 10* and 1.8k power and he has achieved the portraits i have only seen at 71 or 72 level player with platinum heroes

@HITMAN6020, well his 10* like Dogface, Gammond and Mandrake are all easily farmed from PVP or gauntlet store. The rest is by using his fragments collected etc.

And he artificially suppressed their progression by not levelling them. That’s why you see his team can’t go more than gold due to the access to crafting items.

Portraits / avatars are unlocked from PVP when there is a special tournament going on. If he’s getting golden ones it’s because he ranks #1 in his league.

Do you know where i got this info from
Easiest way : HE told me