How is following possible? 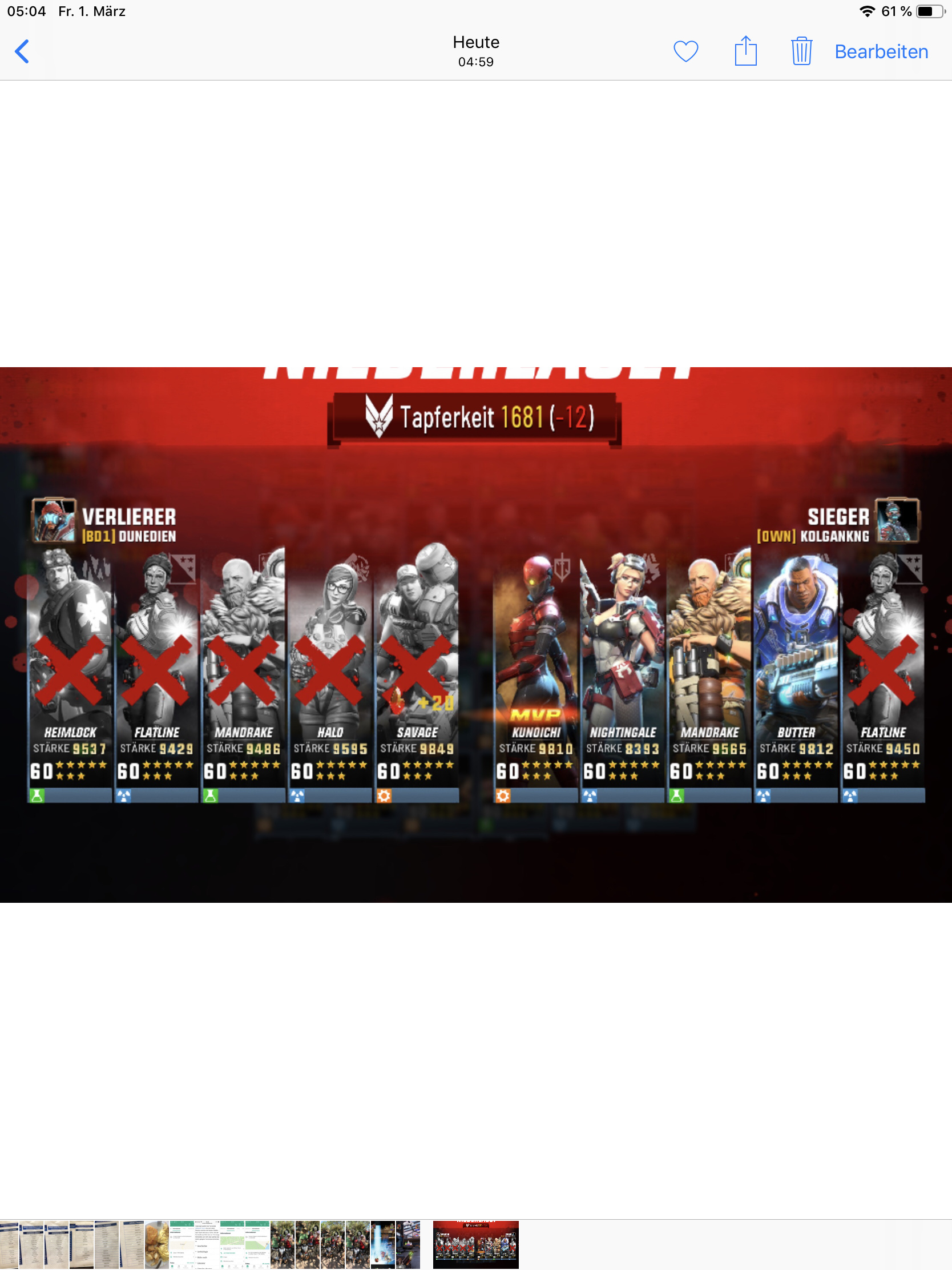 Hey together, please See Teamsetups…i played this guy twice. And lost twice.
But: how is it possible that my flat is dead within 8 Seconds and mandrake then 3 seconds later…11th second in the Game??

Kunoichi is pretty op in this brawl. She can kill squishy energy heroes fast with her smg

Thx for this quick respond. But kunoichi can Not kill that quick…one Magazin to kill mandrake and flatline?? Impossible for me…i‘ve been ranked 13th and he been rankend 4th when we met on the battlefield.

Ok. Thanks. Gotta try it with Nightingale. Thanks for the respond.

I was really excited for the brawl so I would get a chance to test out a bunch of different platinum characters, but it looks like the winning combination almost always involves some combination of Mandrake, Butter and Flat.

I did manage to get a good Brogan build in, though!

Because he killed your Flat easy at the Beginning with Kunoichi, Maybe than he Marks Mandrake with Nightingales Skill I have beaten this Player 4 Times in a row, you just got the False Team against his Team.
Also i have reached Rank 3 in the Brawl so i know something about it.