Hi. I’m a newbie here, and I don’t get used to playing this game yet.

This HH (Hero Hunters) does have so many characters; and now I see that each category of characters has rock-paper-scissors relationship against others.

So my question is: How can I enjoy this game better ? From the beginning I had persisted in putting some of my favorite specific characters in my team, especially contolling the Ryker (just because I liked his weapon and style), but soon I became to realize that it must not be a good idea to hold using some characters only while this HH provides dozens of various characters available.

Once I saw an article recommending to have the Dogface, so I’ve collected his fragments.

If there is any other advice so that I can enjoy this game better, then please let me know. Thanks.

(I put screenshots of a list of my current characters)

Owning a 10 star hero is a sheer joy of this game.when you get your hands on heroniums, building other heroes will be much more easier.

Second joy is pvp, where team compositions of heal and dps wins over mere team power. There is a hero tier list in this forum (check the january one, I am not allowed to callout who made it), so start building top tier heroes to platinum.

While your on upgrading heroes, I won’t stop you from platting ryker, but you need to remember that he is absolute trash in everything, and ignore those people if they say otherwise.

I’m so happy about your post, just because someone really wants/needs help and isn’t spamming how shitty everything is, but trying to get better to enjoy.

Let’s start with 3. Like every team based game you need to balance between Damage, heal and support. A tank isn’t needed in this game at the moment. My suggestion would be Dogface, Mandrake, Butter, Nightingale and Flatline. Push Flatline to gold first, because her gold skill is what makes her great.
1 and 2 is kind of connected. Most play the damage dealer, because they tend to spread there damage and miss many shots when played by the AI, while the healers get off there skills quite good. If you feel like a heal is needed and the healer didn’t deploy his, switch to him and use the skill. So yes you should remember the skills and if they have some synergy. Dogface for example reloads when you use his skill, so you can get off 11 shots with his silver and another 12 if you use his bronze with one bullet left.

You don’t need to level and upgrade all your heroes. Some don’t have any real use. As @NyrisWintersteel said, there is a list in the forum, try to upgrade the good ones first.
If you get better it will get more interesting, because you can build different teams and you can beat better opponents, while not having to think about every move you make anymore But it is a grind game after all, so it can be boring from time to time

These guys:
don’t let them rest. You’ll use them a lot in early, mid and late game.

As for upgrading all heroes, it’s important for certain stuff but not for enjoyment. Once you have a couple of reliable teams for campaign and PVP you can start giving the lesser good heroes some love. The game focuses on one faction each month (like this month it’s KLG Irregulars month so those heroes are frequent in all the events, next month it’s Shoremen) and having as many heroes as possible from that given faction at high level helps a lot. But don’t think about that until after 6 months or so.

I will say getting fragments is a hard thing to do, which is why getting a 10 star hero is my ultimate goal. Castellan is an excellent presence on the field, and a gold-upgraded Flatline is in every veteran’s roster.

I’ve gotten more into the game by submitting concept heroes of my own, which is a hobby of mine. Getting feedback on from the community is a really rewarding thing, and a dream of mine is to be able to have one of my designs be made as a future hero (since a new hero come out every month or so).

And just because a character isn’t very useful doesn’t mean you can’t like it. Oro and Surge are cool characters in concept, but just don’t make a very effective dent in gameplay.

In all honesty, experimenting with different heroes makes the game more fun. Having the same clutch team to win over and over just to grind resources and currency can get annoying. Even if it’s not a super effective hero, upgrade the characters you like, and try them out in the different game modes. As I mentioned, I love Surge but he’s just not viable in many cases.

Yes, PVP is hard to experiment with (and still win), because there is a “meta” list of heroes that is very efficient and hard to crack. But not taking the game seriously is a good start to enjoying it more. 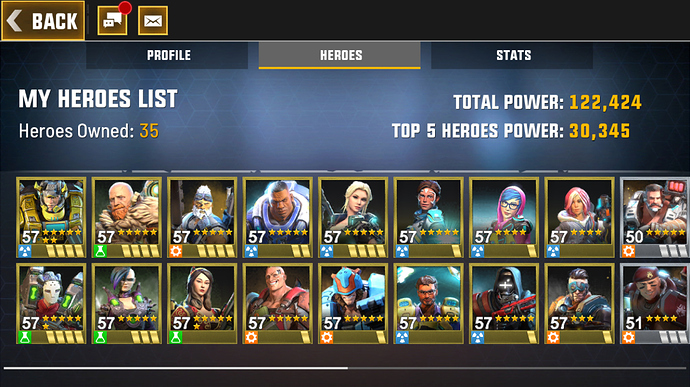