There’s a saying that good things come to those who can wait. Update 6.4 is here with the newest 5-star Hero, Homerun, and some exciting events! 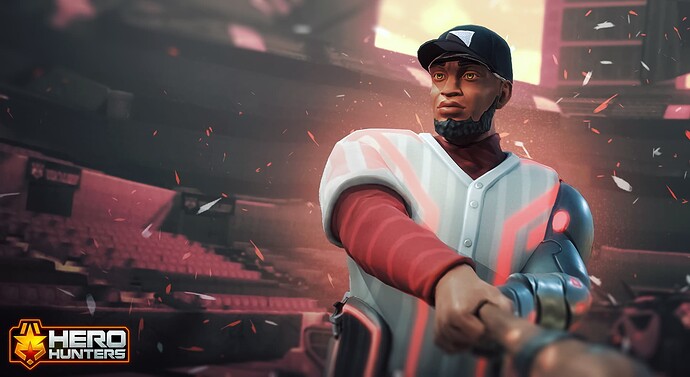 Fixed a bug with Extreme Mission: District 8 Mission 2 - Due to a bug occurring with the enemy hero “Revenant” he was changed to hero “Alcatraz”.

Fixed a bug with Cyber’s “Gold Ability” where his reload speed buff sometimes was not being applied accordingly.

Fixed a bug with Yanlong “Siege Breaker” where it didn’t break covers.

Fixed bug where Sentry “KLG” common skin was 500 skin dust instead of 150.

Other minor bugs were fixed, mainly quality of life improvements.

Hey devs, how about your promises, lol? After whole year Hero Hunters is still much worser that under Hothead leads – we lost celebration events, we lost PVE events, game is continue degradating. With old bugs and lags and zero of new content. Each update it’s new hero + 2 skins. Literally. No new districts, no new PVP maps, no new modes, no reworks of coop raids or AW – nothing. I don’t say anything if this be only my feels, but DECA proudly promised transform HH on next level himself. And what we got? This is especially very poor if you played in something like Marvel: Contest of champions or AFK Arena. Community of this games have regulars changes. We have only promises.

Thank you for sharing your thoughts! While I understand where you’re coming from, I can also guarantee you that our team is always working really hard to improve the game and deliver new stuff. Please understand that such big changes like the ones you mentioned, need a lot of planning, calculation, and implementation time. I also wish it was as simple as it sounds, but often times it’s not.

Otersey agreed with you 100%, this last days i think alot about posting something like this myself.

DECA_WILLOW the most respect for your work but if at beggining we can understand that, after 1 year is difficult to understand.

Even because creat lvl100 solo raids, another lvl co op pvp is simple things to do and not even that you guys do it.
And even worst when you guys create mythical skins that players can only have if they expend money.

Now tell me why i go invest my money in game that is full of bugs, that 2 or 3 resets of war per week is lagging and bounties is soo full of bugs and errors that is a nigthmare to play?
I am very curious about your answer