This is sort of a long and intimidating post, but I think it’d be worth your time and fun to read

So, I suggested this skin idea in another post but I would like to expand in this thread and get some specific feedback on it. 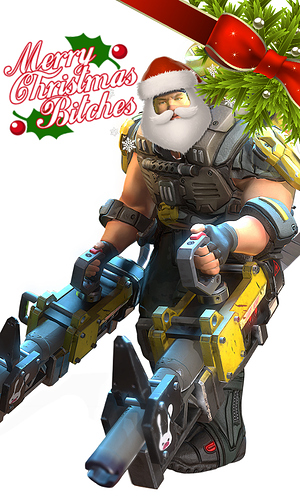 Savage-Clause.jpg560×933 546 KB
This image does not depict the entire representation of the skin’s idea, but was made as a fun illustration

Thinking about how a limited time Legendary skin could be unlocked, I had to imagine a fair way these types of skins could be obtained:
Skin Fragments

For the duration of the 12 days of Christmas (or whatever), I was thinking there could be a series of holiday-themed solo events whose milestone rewards were Skin Fragments

Each event would reward Skin fragments in the milestones which could be used to unlock specific limited time holiday skins through the limited time Holiday Skin Store.

Reaching the last milestone on every single event should reward enough skin fragments to unlock every limited time skin the holiday event offers (assuming there are other “Rare” limited time skins in addition to the Legendary Savage Clause.)

Therefore, the only way to unlock Savage Clause would be to get the last milestone in every single event during the special holiday event series. However, other holiday skins could be unlocked if the last milestone could not be reached.

Leftover skin fragments at the end of the event would be converted to regular skin tokens, if there is an odd number of fragments leftover to buy a holiday skin.

Same idea could go for this coming Halloween…? @Huginn
I really think Count Mandrakula would be a good vampire Halloween skin 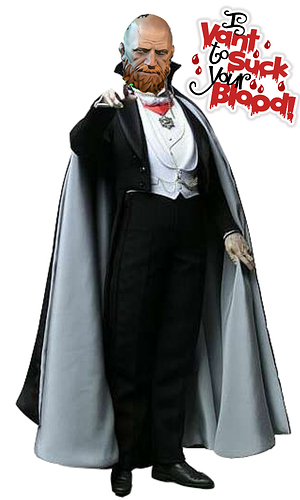 Sorry if this was a little much to read.
Cheers, if you read the whole thing (if anyone does)

Lemme know what you think!

I like your enthusiasm! And I hope everyone is fine with us starting to hype for Christmas already.

The sun is burning in my neck while I’m drinking my coffee, it’s 25°c right now and I’m longing for water, but I like the idea

While I like the idea of Holiday events and limited skins as rewards, I think the change you suggested for Savage Clause is a bit redundant to his skill set, since he already disorients if his Defensive Fire is active.

Most of the times you are going to use Spray and Pray after you activate your silver, so you can stagger, so this change would only be applied to the very first Spray and Pray, that can be activated before his silver is ready.

I’d suggest a slow, since its goes more in line with the snowball theme, but his Defensive fire also slows, so it’s the same issue.

Poob, I just want to say you’re a great member of this community and glad you’re here.

Keep the ideas coming, love them 8)

@GTSaiko Good point. I did not read up on his Silver Skill when I was thinking of this. Although, after reading it I still think the suggestion could be implemented.
His [Defensive Fire] only lasts two seconds, so this skin would give him a chance to Disorient for the entire eight seconds of [Snowball Fight!] rather than only two, if his [Defensive Fire] was activated. For instance if [Defensive Fire] was on CD and you wanted to use [Snowball Fight!] right away, enemies could still have a chance to be Disoriented.

Another suggestion could be for it to cause [Disabling Shot] (which is Beck’s silver), which slows down the rate of fire and reload speed of the enemy, which also goes in line with the snowball theme (hard to maneuver weapon equipment/mechanics with icy fingers!)

@DopedGoat Haha, thank you! Yes, I will definitely try to keep 'em coming, I’ve got quite the imagination… lol

While the description says it only last for 2 seconds, the buff last way longer. Haven’t timed it, though.

But yeah, a reload/fire speed debuff could be a better solution.

I’d say caine looks more like a dracula because of his Red eyes and that face
I did leave some comments on The same post you did but those are not holiday themed
Also would like to see something native american outfit for flatline for thanksgiving day(why not?) and maybe something for chineese new year for yanglong

ANYTHING at all for Yanglong please because damn, he’s ugly.