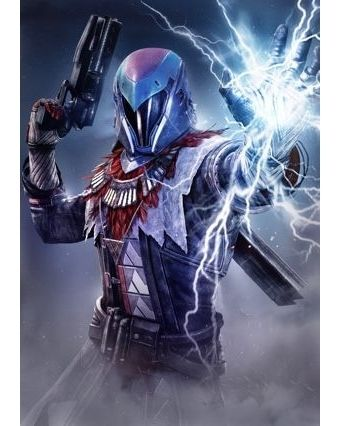 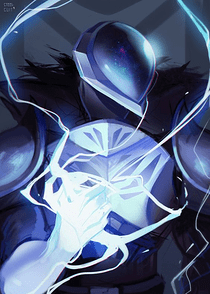 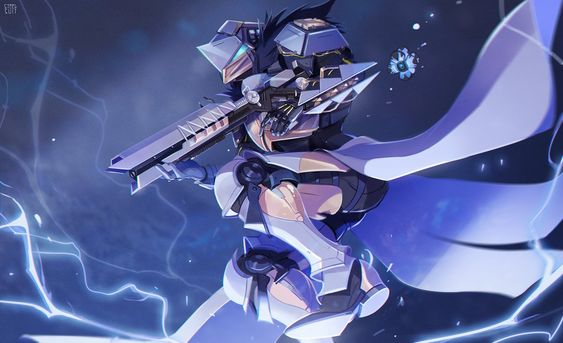 Power hungry and diligent, Magnus, or known as Thomas Payne, was the head scientist, working side by side with Surge in the past. Magnus was the one who gave Oro his nuclear armor, Yeager his new cybernetics and for Matador, a chainsaw. He used to be a major addition to the team. Used to be.

Once he tried to do something catastrophic. He tried to single-handedly wreak havoc to the UAF. He actually succeeded in pushing through the frontlines using his newly harnessed electric powers. Magnus demolished the UAF’s front gates and is closing in to destroy the whole base but luckily, The Watch came in time and pulled Magnus under control. He was overwhelmed by the sheer strength of the force he harbored. Feeling like a threat to the world, he left for the greater good of his allies and his friends.

He banished himself from The Watch and left the area, not to return forever. He wandered and met with the Nomads, a group of people with hard times. He met up with Aaron, the faction’s leader and asked for refuge. Aaron agreed and with an open heart, the cowboy helped Magnus find a more suitable place to join instead of being in the Outlands with the Nomads. Aaron saw something in Magnus, a potential, and in the end, he introduced to Magnus a faction called Renegades. The Renegades were exceptionally powerful people, some with extraordinary in intelligence, a natural sharpshooter, people with supernatural powers, cyber-humans and more diverse residents. The Renegade is a place where people with talents and were looked upon by society. He earned a spot in the place as a fresh soldier, but he’ll show the world. He’ll show them what he has in store.

Description: A shocking mastermind. Charges ally’s skills at a fast pace and can deal damage to multiple enemies while controlling to deal minimal damage to himself.

Silver - Tempest - Equips a modular into his railgun, reducing his ammo capacity by 5 and adding a 5-second recoil, but raising his basic attacks by xx Damage and [Stunning] enemies hit by [Tempest] for 4 seconds.

Gold - Induction - This hero’s basic attacks now bounces to other enemies in a certain range. Also, for every 10 shots, the next will create a magnetic force around the target. For the next 15 seconds, for every positive effect the target gains, Magnus’ attack raises by xx and the target will be inflicted with xx true* damage per second. If [Tempest] is active, every shot shall increase the damage by ¼ every time the same enemy is hit and if the enemy is inflicted with [Induction], the process is prolonged by 5 more seconds.

Platinum - Electrodynamics - Two random enemies will be [Chained*] and receives xx Damage over time. [Chained] means whenever an enemy is damaged, the other [Chained] enemy will also receive the exact same damage, regardless of element.

This hero is inspired by Stormcaller in Destiny 2.
Help is always appreciated by the community
Thank you to @HecklerP for inviting me to help with the remake of Magnus and allowing me to post it.

I would have really liked if one of the active skills included chaining. True, it may look bit OP but if we reduce his dps - he could be impressive crowd control character and ask players to switch to dps to improve attack rate.

Great work by both of you! Hope to see more of Renegades

Yes, as Heckler explained to me, whenever Magnus attacks a character that had been chained, the other hero will receive ot too. Magnus was created to actually be a annoying hero to deal with, with constant skills being used and mediocre damage being split evenly around the field.

Thanks for the comments, but in all honesty, show some love to HecklerP. I only adjust minor things. He’s the one creating the story and skillsets