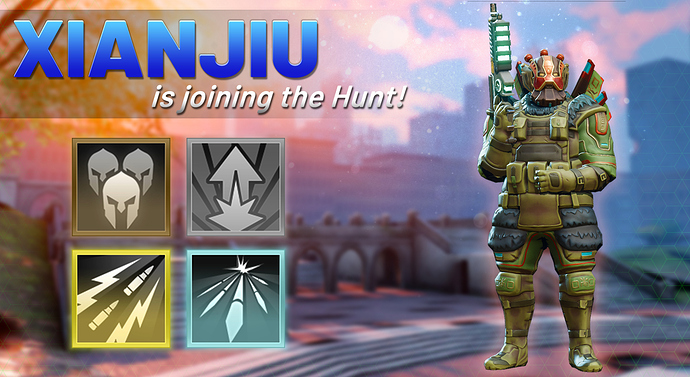 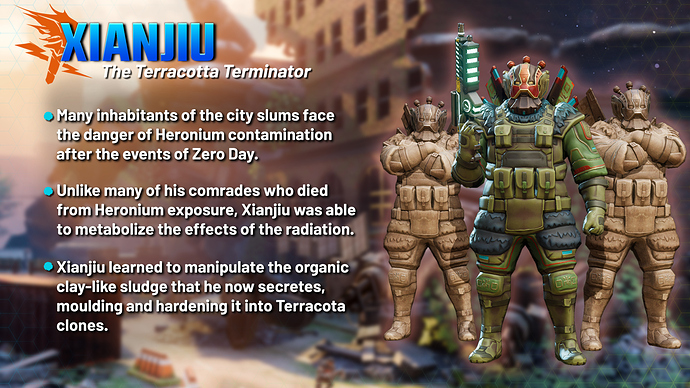 Xianjiu, the “Terracotta Terminator,” is a powerful Mid-Line Hero who can summon terracotta clones to fight for him, growing in power with each warrior under his control. When the chips are down, he can drain their essence to boost his Health and Damage!

Xianjiu creates a Terracotta Warrior that will automatically attack enemies, doing regular and Elemental Damage. Up to four Warriors can be in play at a time.

Xianjiu boosts his own Damage and Health through leeching the essence of his Terracotta Warriors. Xianjiu’s bonus Health and Damage boosts lasts for 10 seconds.

For each Terracotta Warrior on the Battlefield, Xianjiu gains Critical Bonus and Critical Hit Chance.

If a Terracotta Warrior is killed by Three Treasures, all allied Heroes receive an Attack Damage boost. This bonus can be stacked up to 10 times and lasts until the end of the mission.

Where Can I get Xianjiu?!

Xianjiu will be available through Crates, and through Co-Op Raids! 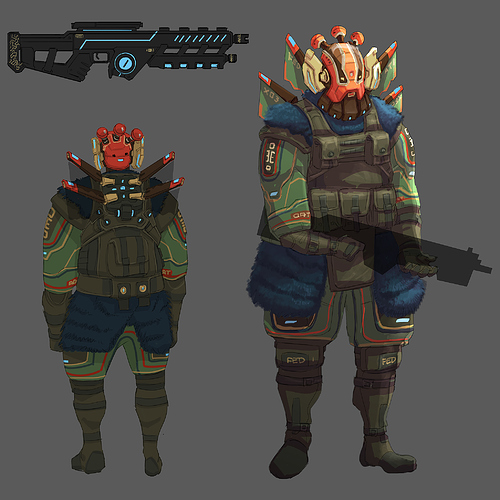 What do you think of Xianjiu? Let us know in the comments!

Looks really interesting and I love the design. Excited to give him a try! Seems very similar to Halloway though.

Don’t worry. I’m sure HHG will mess him up by making all his clones disappear at the end of each wave. (Ahem Halloway)

Nice, finally an energy hero for the irregulars. We‘ve had three energy heroes in a row though… I hope they‘ll be paired in the bounty with KLG black ops again

I LOVE this guy. He looks freaking awesome!

Seems very similar to Halloway though.

Agreed. Why another energy hero that summons clones/drones? I would have rather seen Halloway fixed than another similar hero. He looks cool and all, but you could have at least made him mech or bio?

From August 2019 update notes, this applies to all types of spawns:

All spawned units are destroyed and refunded on Wave Completion.

Heres an idea. Stop crying. Be happy they actually release a new hero, or 2, every month. They dont have to. And they definitely dont have to appease you. Dont like him, dont get him. Very simple solution. Complaining about new heros being released is ridiculous and doesnt do any good…

Hah i was right on the bronze skill and his position

His plat skill reminds me of Oracle’s Target Down.

Except Oracle wasn’t consuming the life force of her friends, but yeah. Similar idea.

I knew it was some kinda Sandman hero
Looks dope, 4 extra allies will make it hella crowded

wow, the new hero is a robot! I find it quite fine that he seems to be similar to halloway, it kinda makes sense for KLG irregulars to make a knockoff of halloway’s ability, plus it offers a nice contrast of Xianji’s copies being mythical looking compared to Halloway’s tech.
P.S. His element still bugs me though. Should he be mech since earth=brown=mech? Hope i get an explanation

When you see his skills in action, it will make more sense.

triplets…? this time i wait at coops … i won’t spend money to have it

Kinda reminds the look of high tech samurai. You could have give him a more chinese appearance.