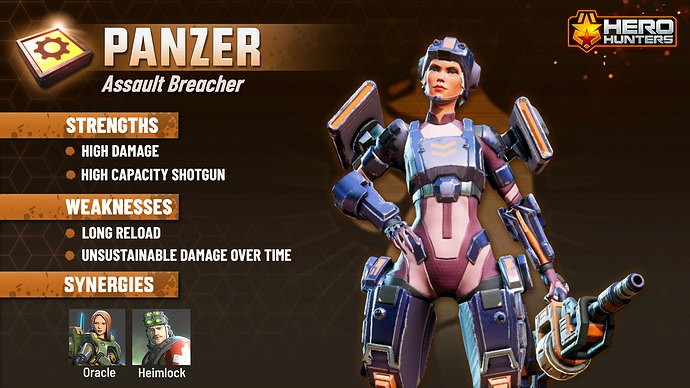 Panzer shoots an explosive blast, dealing Elemental Damage to all enemies in the targeted area. Breach and Clear will deal additional Damage to enemies at full Health.

Panzer fires a spread blast from her Shotgun, dealing Damage per shot. Killing an enemy with Clean Sweep, will generate a Shield on Panzer that lasts until destroyed.

Panzer deals bonus Elemental Damage for a duration at the start of a Mission.

Where can I get Panzer!? 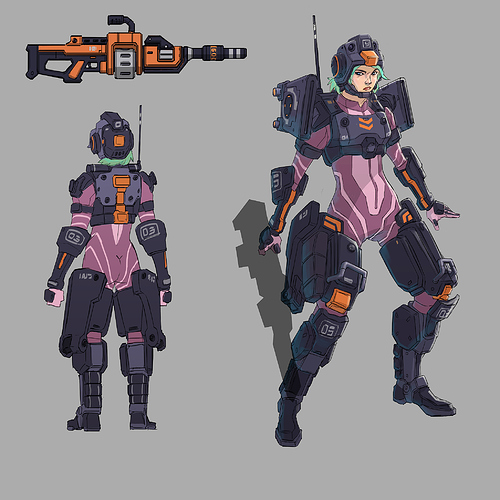 What do you think of Panzer?

Love her new concept… HHG thinking outside the box is great but… The Skin is horrendous! Shoulder pads look ridiculous,.lets hope.you have a decent skin upgrade planned