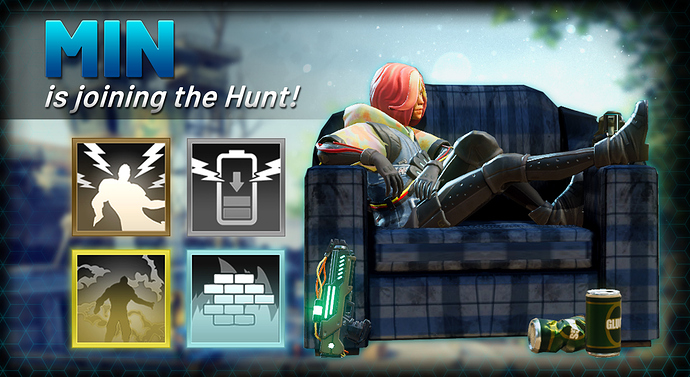 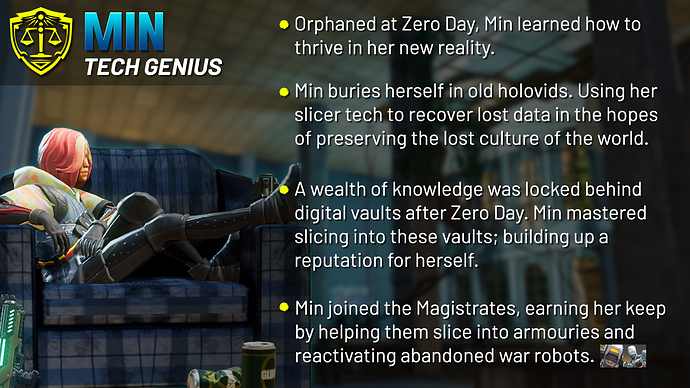 Min channels a surge of power, dealing Elemental Damage and depleting enemies’ ammo. Enemies damaged by Overload are Disoriented and Silenced for a duration.

Min will summon a hologram decoy and stealth herself whenever she drops under a certain Health threshold. As long as the Smokebomb.exe decoy remains active in battle, Min will remain stealthed and recover Health over time.

Min will shield all allied Heroes for a duration when each enemy uses an Ability for the first time.

Where can I get Min!? 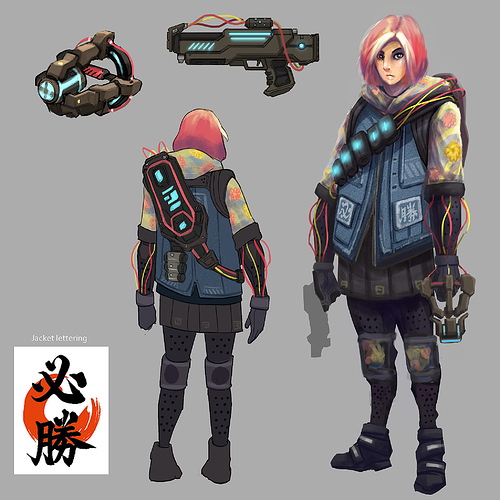 What do you think of Min?

i just think this would be great counter for dogface

As an owner of a fairly powered up Min I can say that she’s really good also for PVP. Lots of annoying skills. Her gold is cool, like a Mandrake / Halloway mix.

While I don’t think she needs any rework done I can’t help but think how awesome her Platinum could have been if it triggered when an ally receives high % of his total health in short duration of time aka. soften the blow from stuff like Dogface and Panzer. It’s still good in its current state! It dampens the impact of damage dealing skills - but becomes a bit of meh if the first skills the enemies use are healing skills.

to me, the only thing id look into is a minor damage increase. I used her in both Gorgon Wakes +45 and in City Hall +55. Where she was supposed to do more damage (due to class bonus) it was like being hit by a bronze hero while you are gold. She was doing a little under 600 damage to Francoise. Her skills on the other hand seemed like it was doing there thing.

its just her basic attack. that i think needs a little boost is all.