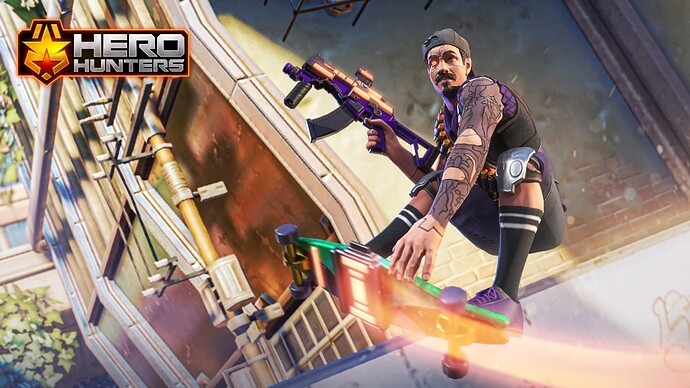 Marcus rode his skateboard outside of the city on rarely used roads as he really enjoyed the fast speed and that feeling of freedom it gave to him. Unfortunately in the city went down hard on kids just having fun. If you had connections, then that was a different story, a luxury he didn’t have. Marcus went out of his way to stay low and keep him out of trouble, as he would have been an easy target, with none to turn to.

As Day Zero hit, his life changed, but he gained more freedom. The few friends he had were lost or scattered around the world, but he made new ones, and found stronger connections than he ever felt before.

A few months after adapting to the new world, he had to flee from a bandit group, and he ended up lost in the woods. After a few days in the forest and unsuccessfully foraging, he stumbled upon a hidden bunker complex with a vault door. The structure looked fully intact, but the door was locked and protected by automatic turrets that seemed ready to fire. He tried to avoid their range but failed miserably. To his surprise, the turrets didn’t shoot, instead, he was scanned by a bright red laser. The turrets were lowered and the vault door opened. He went in and found water, food, and shelter.
After recovering a bit he looked around the complex and realized that it must have been some kind of laboratory, what kind though exceeded his imagination. While looking at the machines, containers, and computers, he accidentally knocked over a sealed vial. Even though he couldn’t see anything being spilled, he still felt something happening to him. He felt very dizzy and fainted.
He didn’t know how long he was unconscious for, but when he came back to it he felt different, more aware and stronger. He looked through the files he found and realized this was a nanobot research facility. It was clear he now had an inseparable bond with symbiotic nanobots and they wouldn’t leave any time soon.

With his newfound power, something changed in him, he didn’t want to run away from injustice anymore and rather use this gift to help others or at the very least protect his friends. In the end, the safer they are, the more time they’d have for skating.

Marcus is the newest 5-star Hero to join the battle.

Though young and rebellious, Marcus is not a lawbreaker. He is found to be very responsible when he wants to be.

Deals damage to himself and applies a stack of Double Edged to all enemies on the field.

For every stack of Double Edged the enemies take damage every few seconds. This effect stacks and lasts until the end of the match.

If this hero dies - all stacks are removed.

Targets the enemy with the highest current health, steals health from their health pool, and adds it to this hero’s total health.

This ability stacks and lasts until the end of the match.
Fate’s Favourite will not work against bosses and bounties.

Whenever this hero receives damage he has a chance to recover some health for a few seconds. The effect doesn’t stack but the duration is refreshed.

Whenever this hero receives a heal he deals a percentage of the received heal as damage to the enemy with the lowest remaining health and inflicts Heal Block for a few seconds.

This cannot occur more often than every few seconds.

A Tank’s job in any decent Team composition is to not only soak up damage but also clear a path for your Heroes. This Hero gains Elemental Armor bonus and deals an additional Damage to Cover.

How can I get Marcus?

Marcus will be available in Crates and through Co-op Raids!

This is going to be a fun hero for sure

I can’t get over how funny and basic the name is, why didn’t you go with George

overall hero design looks fun as heck, might be drawing him soon

Hello Deca, I don’t know you notice that your Shop for Marcus is not open? So how we can get Marcus without Shop? Lol

Marcus will be available soon with the featured and step up crates. Not to mention the coop to get his frags. If you have Most Wanted tokens, you could get him early, if you want to risk it.

I used all my most wanted tokies already but no lucky. Thx GIR

I like his skill set… can’t wait to unlock him