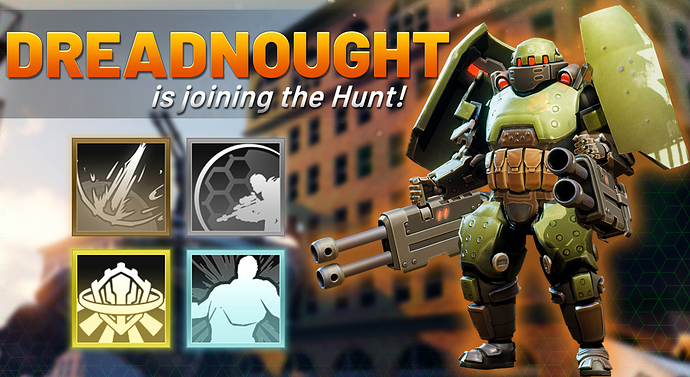 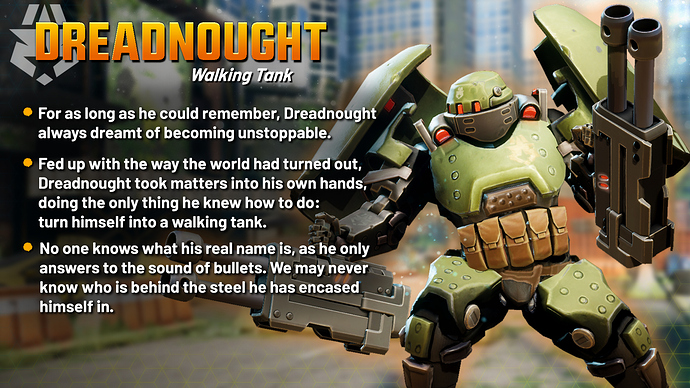 Dreadnought, the “Walking Tank,” is a risky Frontline siege engine. Every time he uses his Skills, he generates heat, which helps him as much as it hinders him. Careful use of his Skills is key in unleashing his ultimate power at just the right moment!

Massive cannons fire at the targeted area. Each blast deals damage, having a 10% chance of Stunning each enemy in the target area for 5 seconds. Each time this Skill is used, Dreadnought gains a charge of Overheated. Each charge increases the cooldown of Heavy Bombard by 20%.

Dreadnought redirects power to his shields, absorbing Damage and Taunting the enemy team. Each time this Skill is used, Dreadnought gains a charge of Overheated. Each charge increases the cooldown of Shields Up by 20%. The shield lasts 15 seconds or until destroyed.

Each charge of Overheated reduces incoming damage by 15% and provides Armor. If Dreadnought has at least 3 charges of Overheated, he deals Damage to himself for every charge added.

Reduces all incoming Damage by 15%, and provides Armor whenever this Hero is not channeling Heavy Bombard.


How can I get Dreadnought?! 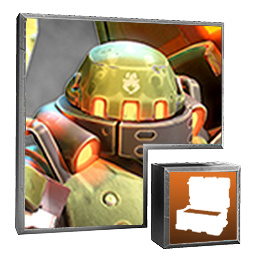 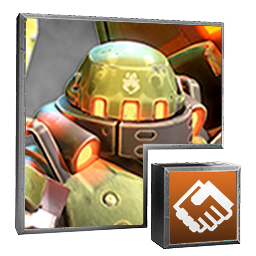 Dreadnought will be available through Crates and Co-op raids! 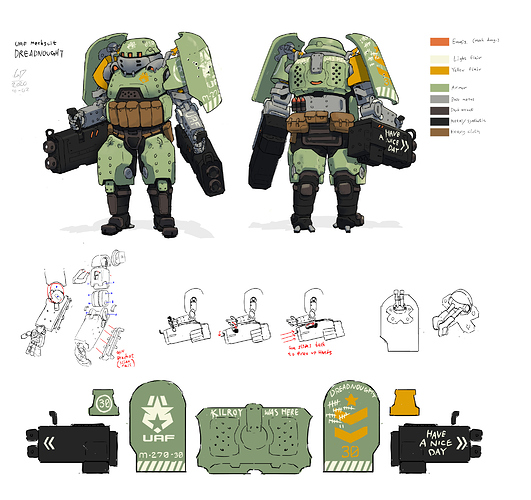 What do you think of Dreadnought? Let us know in the comments!

Woah, this THING looks amazing! Wowowowow, the hype is real!

So this months hero is a green, human sized, zaku half cannon.

This looks amazing! This was definitely worth the wait! Great job HHG!

for some reason, it reminds me partly of the Firebats and the Reaper from StarCraft 2 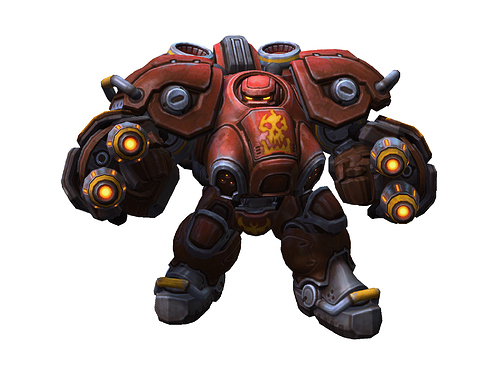 wonder how they play

OMG I ACTUALLY GUESSED THE NAME ON DISCORD 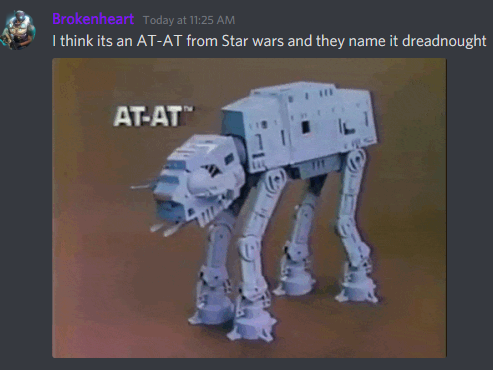 I was wondering who leaked the name to you…

The guns look like Las cannons from Warhammer 40k…good job with the hero tho guys…looks like he will be fun to use…when is the update coming out?

That is a taaaaaaanky boy, and man he looks awesome, great job devs love it!

Looks like he will be much better then torque, you can tell someone actually thought thru the making of this new hero.

Edit… sorry if ur Offended…

… are his shoulder pads the nosecone from the heronium warhead or am I just crazy?

Considering the same people worked on both, that’s not the compliment you think it is

I am heavily impressed, nice work with this one! Glad to have a new UAF hero in the roster, and I hope his health is ungodly op. Also appreciate the WWI meme reference.

Introducing: GIANT HITBOXMAN. Score one more for sandbaggers! Basically a cross between Galante and Savage! 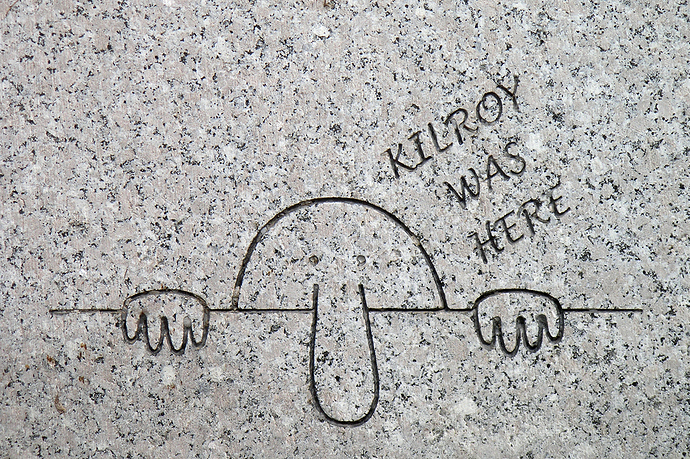 When will the release happen nice work

finally UAF!!! i just wished he was biochem though. UAF really needs biochem heroes. kinda becomes a problem in bounties.

regarding his skills, i wish there’s a way to deplete his charges.