Dragon Fire Fires a continuous salvo of shells that bombard the targeted enemy, each shell deals elemental damage to enemies, and damages nearby cover. Dragon Fire lasts up to 9 seconds, or until canceled.

Cinder throws a bomb that deals elemental damage to all enemies in the targeted area, and inflicting them with Acid Bomb. Enemies affected by Acid Bomb damage nearby cover and recieve more damage for a period of time.

Text
Acid Rain periodically cause a random piece of enemy cover to take damage. Whenever Cinder damages an enemy out of cover, she deals an additional elemental damage.

Where can I get Cinder!? 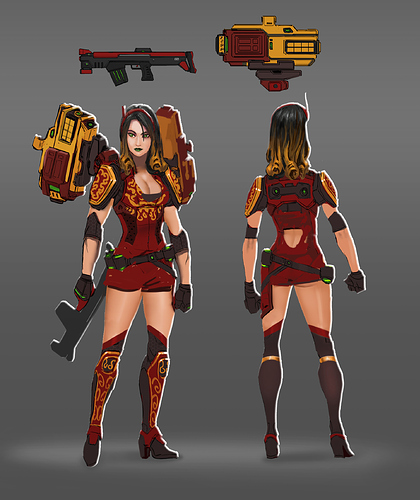 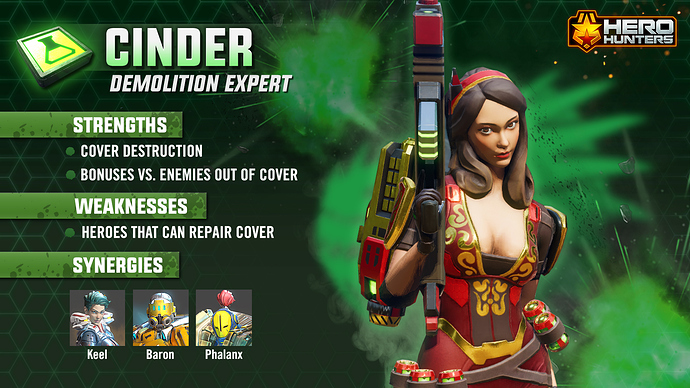 What do you think of Cinder?

Why did she got pants in the game?

Maybe she got cold

Another completely useless hero - basically a combo of maven and salv. You need to stop adding hero’s who will never be used in competitive PvP teams and do nothing but dilute our gear resources

She actually looks like a very fun hero for pvp, especially in a combo with keel and baron who already see a decent amount of play. She looks to be the damage portion of the trio and am looking forward to trying it out!