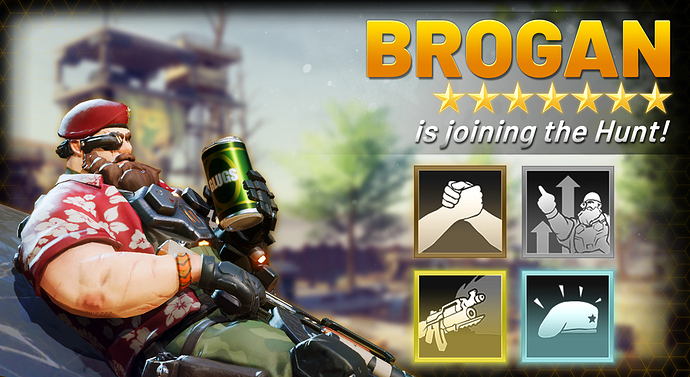 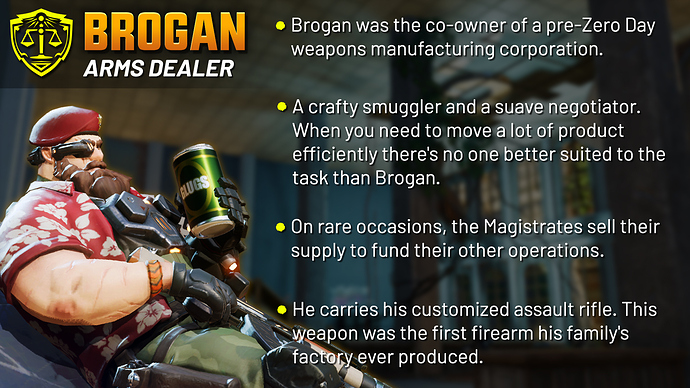 Brogan empowers himself and a targeted ally Hero’s Weapon with Focus Fire, providing bonus Damage and faster Reload Rate for a duration. If an enemy is killed while Focus Fire is active, the enemy explodes and deals Elemental Damage to a small area of effect.

When Brogan misses with his weapon, his Abillities’ charge meter slightly increases. Each time Brogan completes a reload, he’ll gain Bonus Health for a duration for each shot fired.

Lead by Example will provide Brogan with an additional random buff. When an ally Hero dies, Brogan will shield himself and increase his Ability charge rate.

Where can I get Brogan!? 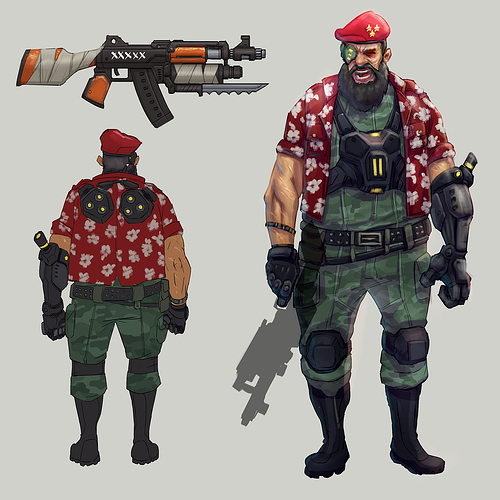 What do you think of Brogan?

The gif is hilarious xD

So how do we obtain him?

If an enemy is killed while Focus Fire is active, the enemy explodes

I’m such a fan of what I just read.

So maybe they can provide some clarification on when. Maybe with the Halloween event?

I have no idea about that. Gotta wait and see.

for what I read, brogan will be available only in the payment boxes per month or as ???

I am right with you on this one… my god that sounds both hilarious and awesome.

@Rh4uk0 this is the first 7 star hero they’ve released since before the Beta finished (I think it’s been about almost a year and a half since Artemis was released) so definitely not sure how Brogan will be available, but we’ll probably find out soon (but not too soon… back when there used to be 2 heroes released regularly, 1 hero would become available out much sooner than the other one… which I appreciated, because it let me focus on getting one before there was another thing pulling at my time and gold).

Im not concerned about Min, I can do coop for her. All my gold is saved up for Brogan so Im waiting for his official introduction.

So far, Brogan seems to be unusable. I have mine at platinum and feel that he just can’t win. Has anyone been able to put together a team that Brogan succeeds in?

Hmm. I’ll have to try that out. Thanks.