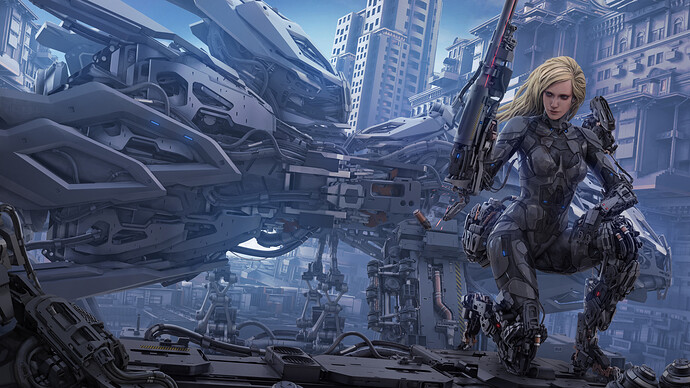 She is German Sniper Which was can be Encourage herself
Due Incident Zero Day, She comes to Usa with Boat as she have invitation by Prophet who has meet him since he was A solider by Her during World War III
She has know each other include Astrix and Mandrake