tl;dr: the Hunter archetype from Tom Clancy’s The Division franchise.
Named after a cosmetic item from the first game with the same name. 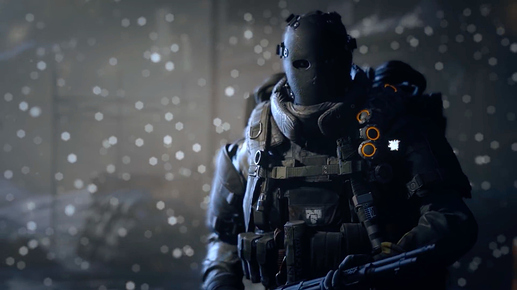 Callsign “Stygian” appeared inside our City from a dying world. How they arrived here is an enigma. They themselves are a question with no perceivable answer - a problem with no discernible start. We do not even know their actual name: we simply gave the name “Stygian” because what they do is infernal.

What little intel we do know is that wherever this “Stygian” appears, it is quiet. Ranger ambush levels of quiet. And when they appear, their agility and marksmanship is nigh inhumane. And when they are gone, the wreckage is unrecognizable. Their equipment is on par and even above the most elite KLG gear and our technicians can barely begin to understand the inner workings of their devices.

We have placed a bounty of the highest priority against “Stygian.” Find them, O Heroes mine.

A jack-of-all-trades but not a master-of-none.

Primary: LOVER Rifle (LVOA-C assault rifle). An exceptionally crafted assault rifle with next to no horizontal recoil, providing ease of use for the user when firing for long periods of time.

A unique, fast cooldown skill that allows Stygian to switch their primary to a high damage, cover breaking shotgun. This shotgun deals heavy Mechanical damage, has a medium-low fire rate, and deals bonus damage to cover.

Stygian swaps back to their Primary after 24 seconds. Skill cooldown is not automatic and is only gained upon successful hits with their Primary. This skill has no cooldown upon starting the mission.

A slow cooldown skill that allows Stygian to utilize a high power launcher to launch a sticky bomb directly at foes. Stygian manually aims the launcher and has only one bomb available to fire. On direct hits, the bomb deals massive Mechanical damage and can cause no-element damage-over-time. Bomb velocity is similar to Hardscope’s BFG skill.

If the bomb is shot onto the environment, it will act similar to Beck’s Frag Grenade skill and will have similar damage and area-of-effect.

Upon the first, successful headshot with [Breaching Shotgun], Stygian will emit a field-wide pulse that Marks targets. Targets are vulnerable to critical hits: allies have a 15% higher chance to critically hit marked targets and can deal a medium amount of bonus critical hit damage towards said marked targets.

Up to a certain amount of bonus armor can be gained. When the upper limit is reached, the amount that would have been gained as bonus armor is converted into health for the team. Stygian heals themselves first; only at max health does the converted armor-to-health values transfer to random allies.

Damage is irrelevant to this skill; it only cares whether the Hero does damage or not.

I wanted to present a Hero concept that actively rewarded manually playing as the Hero. Gameplay would be like a positive-feedback loop:

Stick me in the furnace.

Galante is proud of you.