Bonus Lore: Likes listening to music over the Watch’s HQ speakers. Loudly. At 3am. 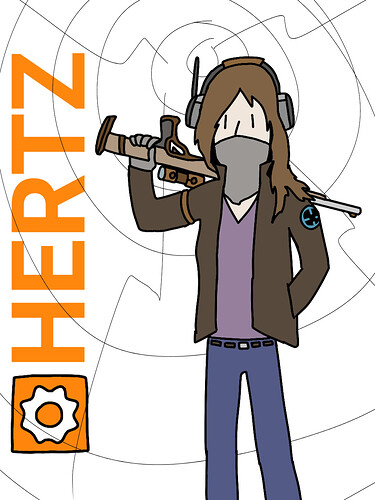 Cool concept! Love the drawings! If this hero was put in, that brogan francoise team would be utterly useless against Hertz.

Thank ya! I was thinking this would pose a larger threat to Verrill than anyone else, but yeah, Brogan/Francoise would not fare well either.

A very interesting concept! I really like the abilities, and as always, the custom artwork! Great job.

You should get a job on Hothead