Bronze: ‘Rending Shot’
Fires a high-velocity round at the targeted enemy, dealing X Mechanical damage and halving their max health for ten seconds. After the ten seconds, the stolen health (if any) is returned unless the target was killed

Silver: ‘Conversion Fire’
This hero cloaks herself and changes her element to Energy for ten seconds. During this period, her weapon deals standard damage plus X Energy damage.

Gold: ‘Stealth Salvage’
While cloaked, this hero gains health equal to 75% of the damage she deals.

Platinum: ‘Insult to Injury’
When enemies under the effect of Rending Shot receive other debuffs, they now last twice as long and take X damage per second for the duration of the debuff. 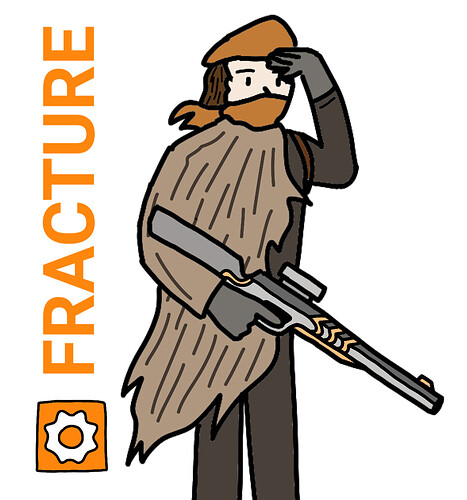 Hot dang, I haven’t seen a hero concept this good in a long while; it warms my old Concept Creator soul. You do all the art yourself?

Yes, I do, and thank you again!

I like this one too! These are unique abilities i’ve never heard about before. @LimeParadox has the mind of a concept creator. I see great potential in future concepts too! Keep it up😉

Thank you so much! I’ll keep posting as long as I have ideas.

As long as you keep that creativity you won’t