Okay so I know you don’t have control over what tapjoy does…
But I’ve played other games that associate with companies like tapjoy that aren’t tapjoy… Such as gree… And I’ve never had the kind of issues I have with tapjoy.

I complete offers, have screenshots, and they still bring up reasons that aren’t listed in the guidelines that the company can disqualify you for your participation.

This means they aren’t paying you out either for offers we are completing.

This company is conning you as well as your customers.

I know the feeling!
They’re closing all tickets despite sending proof, over and over, claiming they haven’t “heard from you in 72 hours”. I reopen the ticket, send same proof. Same shit. They “owe me” well over 2000 gold.

Report them to the BBB and don’t accept their responses.

The entire encounter will be made public and it will discourage new game companies from association. Keep leaving one star reviews on the games that are telling tapjoy they won’t pay out and write why.

Hero Hunters paid out the company I originally downloaded them off of. I’m now a devoted player and they have a 5* review from me.
I believe it was gree though.

And they do owe you. It’s not free gold. We access and play games and view ads. We didn’t have to do any of that. Advertisers pay the company which is how we get the gold.

…if advertisers refuse to pay out for guidelines not listed it’s unethical business practice.

I have ones that are email correspondence and they literally removed the entire offer even though I clearly had the offer to start the emails.

Just learn what is and is not a scam. Tapjoy can be very profitable if you do the right offers. Tell me if you want details and I can go in depth about how to identify scams and quick gold offers.

Because holding users to rules and standards not in the guidelines is totally ethical and legitimate. Lmfao.

I’m not saying get rid of the exchange. Choose a better company to do it.

I haven’t had any of these issues with fyber

For example I have a screenshot of one that didn’t list a time restriction and they said I didn’t complete it in time.

Other offers will specifically say “must be new user” and some are for returning customers specifically. Some don’t specify at all but still require you to he a brand new user never even having downloaded the game…

This is unethical dear. I would be more than happy to help you identify ethical business practice vs unethical.

Or how about the ones that say no purchase necessary but you have to make a purchase towards the end of a quiz?

None of this has happened to you?

What? I never said it was ethical. I never said that I agreed with their policies, what they do, and the business they run. All I was trying to say is that tapjoy can be very profitable and that I could help you benefit off of it. I’ve been scammed plenty of times, but I only learned from it, so I can be more efficient and benefit more.

Also, next time be less aggressive and more careful with your words. I literally state that most of the offers are scams, but that there are a few gems in there that you can benefit from.

So do you want my help or not? I’m only helping you, not myself, when you accept my offer. Less gold for you, less competition for me. 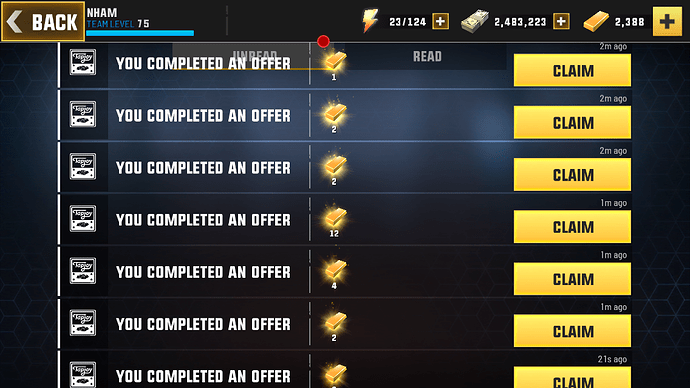 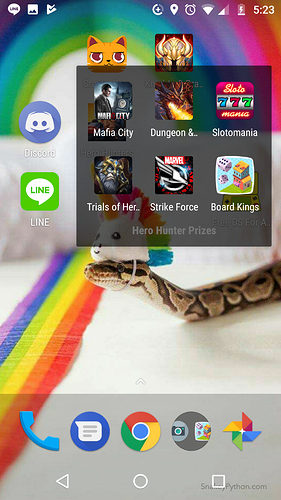