“I’m the messenger, my weapon is the message.”

Mesopi had always be known as a messenger. relaying any thing from person to person, in return for food or cash. As he grew up however, his messages soon became…lethal. Mesopi would deliver packages loaded with explosives to people’s houses and laugh. One day, he met Siko when he started recruiting and tried to kill him. But Siko saw through his bluff and confronted Mesopi about it. During the confrontation, they ended up talking about destroying enemies and at the thought of freely exploding people, Mesopi jumped the gun and joined Siko and his Olympians. Now with free range, anyone and anything has become a target for his bombs.

Bronze Skill: Lethal Package
Mesopi tosses a package to a targeted small area. Whenever an enemy moves into this area, the package detonates, doing x damage and disorienting the target for 7 seconds. If the enemy is already disoriented, deal an additional x damage per second for 7 seconds.

Silver Skill: Fragile Box
Mesopi throws a fragile box in a large area, which detonates on impact, dealing x damage and x damage per second for the rest of the match. If the enemy(s) are already affected by [Lethal Package] they are marked and receive 10% more damage for 10 seconds.

Gold Skill: Right Side Up
Any enemy affected by [Fragile Box] or [Lethal Package] now take an additional x damage per second for 3 seconds.

Platinum Skill: Special Delivery
Each time an enemy is damaged by [Lethal Package] or [Right Side Up] or [Fragile Box], this hero gains health for 10% of the damage done (Percent goes up 1% every 5 levels).

Ruby Skill: Messenger
Each time this hero is damaged, he has a 25%(percent goes up 1 every 15 levels) to reflect 50% of the damage back onto his attacker. 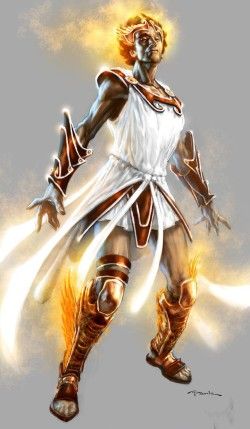 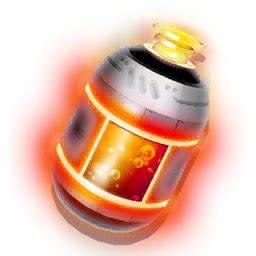