“Without blood, a being is merely a vessel for others.”

Dragons had always been the main focus of Kespin’s life ever since he was young. His town of Rebuvian had dragons living in it, and so Kespin was able to form many bonds with them. One day, he entered the dragon nest and was determined to become the king. However, the dragons turned him away as he did not contain any of their blood. Defeated, Kespin turned back and began to walk home. Along the way, he encountered a wounded dragon bleeding out on the side of the road. A thought popped into his head and he prayed before slicing his arm and pouring the dragon blood over the wound. The next day, Kespin returned to the nest and asked again. This time, they allowed him to be king, but because he was a half-blood, he had to challenge their current dragon king. Using his bow, Kespin pierced the heart of the dragon king and took his position. Later, he meet a young woman named Mei Ling which he married quickly. When Mei Ling told him about the Olympians and how they had joined under her command, Kespin was delighted to show off his skills and to extend his rule. 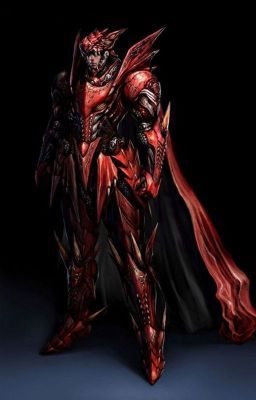 This hero deals x damage to an enemy and all allied heroes heal for 100% of that amount. If any allied heroes were under 35% health, improve their healing received by 25%. If the enemy is killed by [Blood Transfer], this skill fully charges again and skips the cooldown.

If this hero goes below 15% health, he immediately kills an allied hero and recovers 75% of his health. As long as this hero stays up 50% for 5 seconds after he recovers the health, the allied hero is revived back to 100% health.

Being leader of the dragons, this hero summons a guard dragon at the beginning of the mission. The guard dragon has x health and constantly protects this hero, shielding him for x damage. The guard dragon lasts until destroyed. Mei Ling also gains the effects of [Dragon King] if she is present on the team.

Determined to rule over all the dragons, this hero gains x damage and x armor.