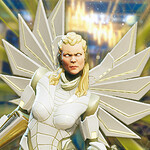 Focused shot towards a targeted enemy dealing 350,000 (was 170,603) Elemental Damage and increasing the Elemental Vulnerability by 40% for 10 (was 5) seconds

A skilled Support Hero can’t help their team if they’re down for the count. This Hero gains a 5,342 Armor bonus and a 30% increased chance to Dodge.

Tosses a trap at the targeted area. The Trap triggers whenever an enemy approaches dealing 250,000 (was 178,099) Damage and Rooting them in place for 10 seconds.

Fires a lingering flare that decloaks all enemies in the battlefield. All enemies become Marked, improving all damage against the target by 35% (was 30%).

The Flare casts a UV light that allows Chesterfields visor to spot enemies weapok points giving him a 39,999 (was 25,269) Cricial Bonus.

This effect lasts for 12 seconds.

Whenever this Hero’s weapon damages an enemy affected with [Bear Trap], the Rooted duration is refreshed and the target takes an additional 100,000 (was 84,326) Elemental Damage.

Whenever this hero hits an enemy, the next shot with his weapon against this enemy deals and addiitonal 65,001 (was 32,426) damage.

The difference between a good DPS Hero and a great DPS Hero lies in the amount of damage they can dish out. This Hero receives a 25,404 (was 24,970) Elemental Attack Damage bonus, as well as 30% Skill Charge bonus for their Bronze Skill.

good to see Chester getting some attention

Agreed, would have loved to see a fire rate increase over a decrease, and I was hoping for a normal shotgun over the normal slug shot,

The fire rate IS increased. Not good with maths are you?

Lol I read it in the way to other stuff was posted like, (new) original

I like the buffs but I think the problem with chesterfield is that the bear trap takes so long to hit the floor and it is almost never stepped on. The Luciana buffs are very nice though