I know I am about 15000 below the recommended power for this level so I don’t expect it to be an easy fight! I have however 3* on all previous missions in chapter 11; mission 8 included (where I am also about 14000 or something below recommended power level) so I’m thinking it cooouuuuuld be possible to beat 9? Or nah?
Is there a trick for this level? The ships shoot some nasty rockets after about 10 second wiping 3-4 heroes out.

I threw in Dogface plus everything that is tanky ans heals. Matador, Mandrake, Gammond and Heimlock. I ran around with the lowest HP hero and waited for heals to kick in.
Some of my allys used Mauler, Heimlock, Dogface, Nightingale and Hivemind and did 3* with them.

Cool. I’ll put a lot of tanky tanks in my team then!
Were you near or above the recommended power level when you beat it?

I was at about 62k power or so. Don’t know how many stars I added since then.

not optimal for this mission as I die right away.

I can pump Maven up to 9* if I want but I don’t think it’ll make much of a difference.

I need more stars! I have only Dogface at 10*. Mandrake is at 9* but not Platinumed yet.

If you Plat both your 9 star Mandrake and 9 star Heimlock I think you can pass the mission, surely. Then just add your 10 star Dogface, 8 star Panzer and 7 star Nightingale. It should be enough. 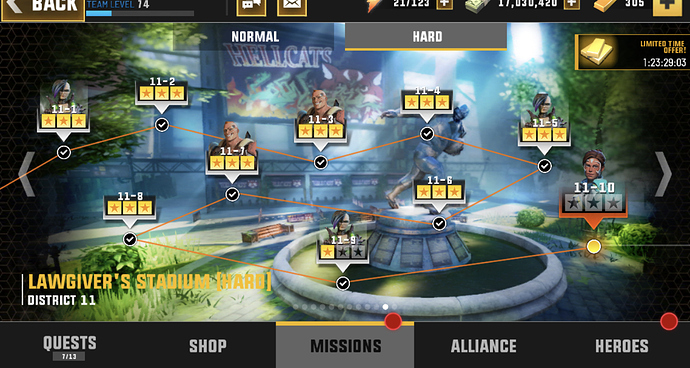 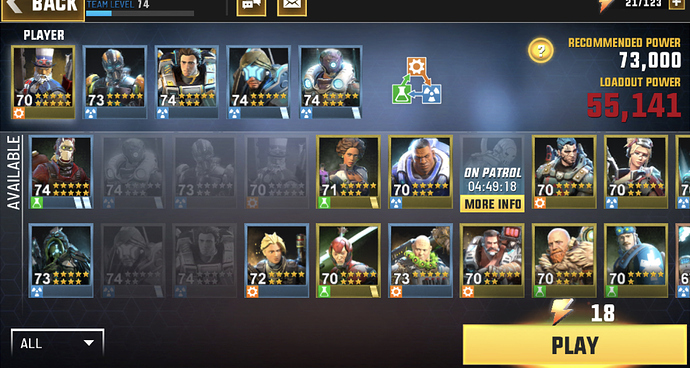 Here’s what I ran to just beat it, no energy to try for 3 stars you can see my power level is well under

Hm, lots of blue ones!
I can’t run that team though. My Castellan is 1* and green.

I Platinumed Heimlock now but it doesn’t make a difference, I’m still dead within seconds. 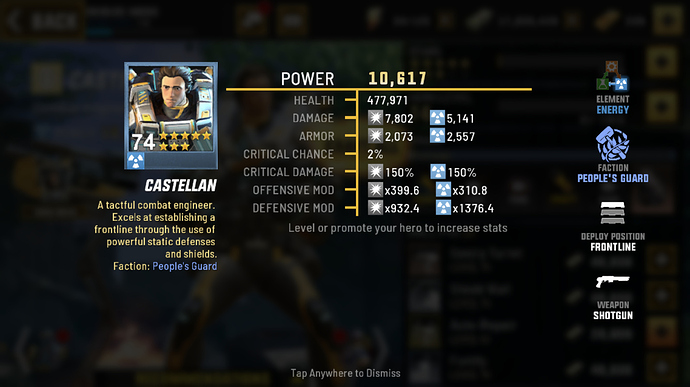 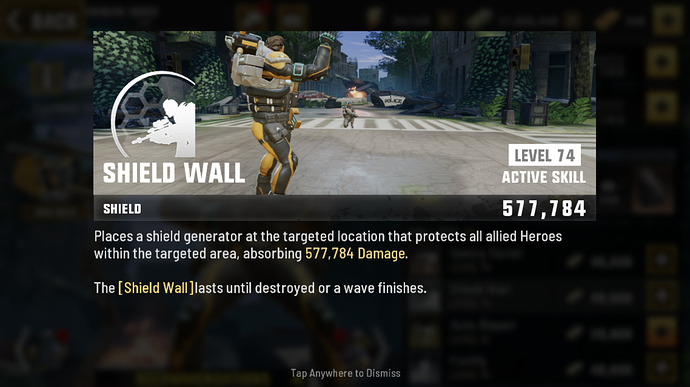 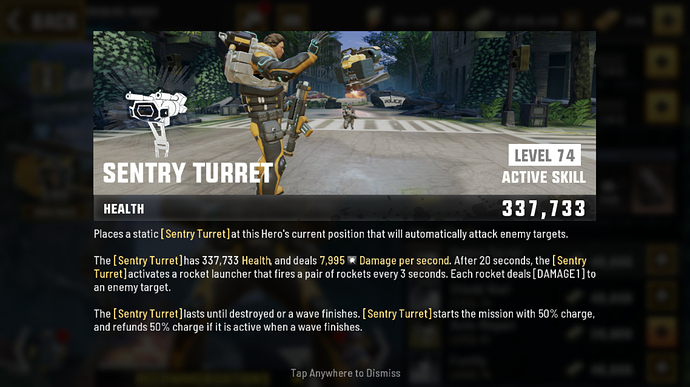 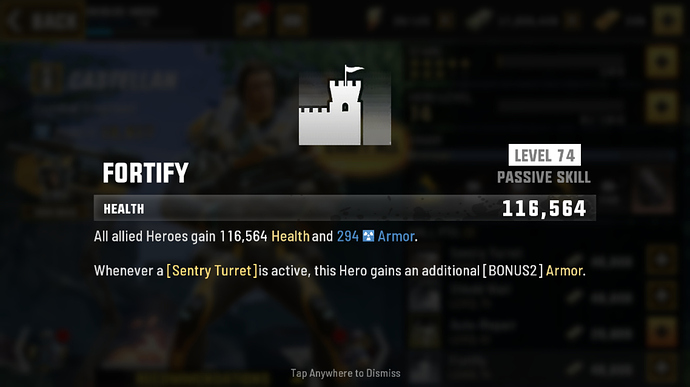 One day when he gets his buff he will be good again, he’s my favorite hero

While Mandrake is still Gold I promoted Heimlock to Platinum. Given how screwed I am with this team I highly doubt Platinum Mandrake will make a change really.

There’s no chance to shoot, all you have to do is run run run. I can’t take one of the ships down to 50%. And they hit invisible targets it seems.

Heimlock’s extra hp at the beginning really helps keep heroes alive. Use Panzer first to unload on one of the ships. When Dog’s abilities are up, use them to finish one ship off.

Nightingale and Heimlock should heal enough to keep everyone alive. You will have to switch heroes several times. As soon as anyone got low, I switched to them to keep them out of the line of fire. Once you get the first ship down, it’s much easier dodging and healing through just one ship.

Maybe bring Caine instead of maven, your criticals will flourish

Thanks! I’ll try but given 1 ship has like 4 million health I can’t see how a Panzer unload + Dogface burts will be enough.

I’ll also try with Caine as suggested by Kraterios.

@ULFPAM, in the mission I completed, everyone died except Panzer. She alone remained standing and able to burst down the 2nd Helios which was at about 2/3rds health when everyone died. she had to run, duck, reload and pray while doing all that, but she alone made it and got the win.

The key is tankiness and enough damage to kill the Helioses. Tankiness first.

You didn’t show the Defeat screen and the damage charts… I am guessing that Maven didn’t do very much damage and it looks like she is a liability on the team. I’d go with a beefy Gammond if you haven’t got a Plat 8-10 Panzer.