Please note that the devs read every single post and comment, even if they don’t respond. They’re hard at work on future updates, but please understand that balance changes are tricky things. Any changes to the game may have serious ramifications, and anything rushed might destroy the whole game! Trust that the devs are aware of your worries, and that they’ll do what’s right, when it’s right, carefully and thoroughly, in order to ensure that the game experience – and the app itself – remains stable.

Thanks for the response 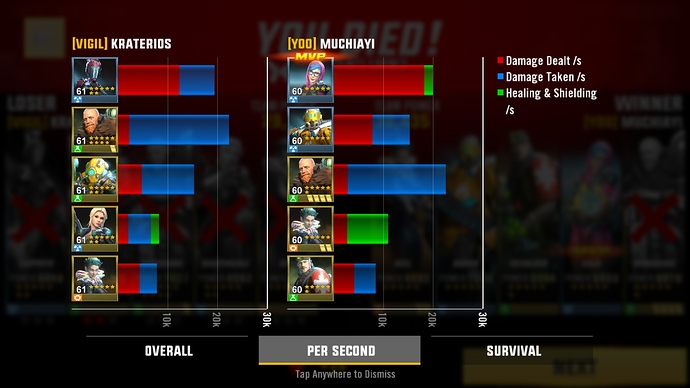 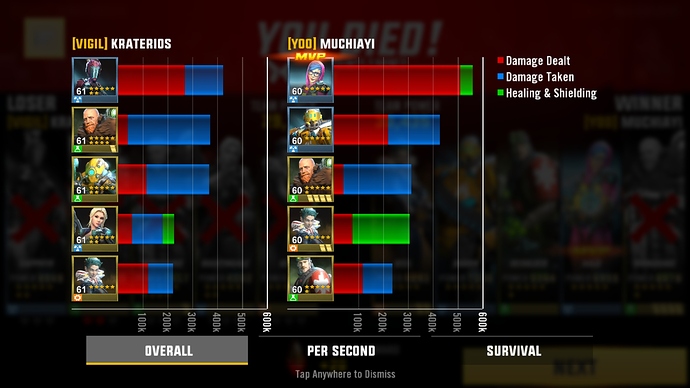 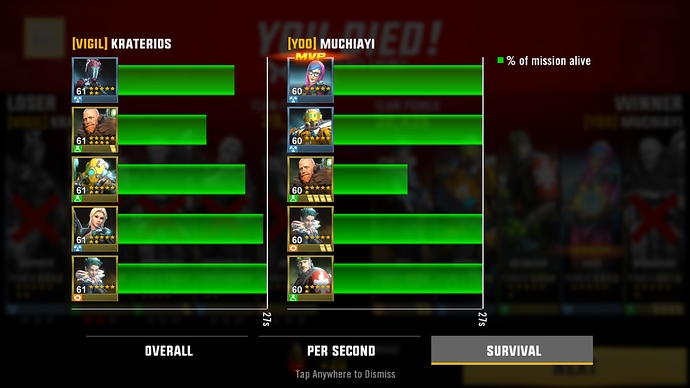 I’m still getting wrecked by any player with a halo, it’s unplayable if you upgraded sapphyr, the hero who gives you bonus points.

you can’t counter this, a platinum halo means you lose

Halo ruined PvP, even more when all the noobs started complaining about Mandrake making someone stealth, once she starts your fps drops, and you just wait to die

Gabreal, you’re right about the experience you have with this game, but keep in mind that there are newer players and non betas also fighting PvP.

right now a few 150/200k players have a plat halo, if we fight them it’s really hard to compete cause we don’t have the luxury of a lot of other great team setups, so it’s wrecking our PvP atm.

I don’t want to say they should make it easier for weak players to compete for top 10 since that wouldn’t be fair to betas, players who put in a lot of effort etc, i wouldn’t like it if a 70k player got close to my PvP rank because of the same reason.

Let’s just keep the discussion going on about how we feel about PvP and hero’s, platinum has been launched for 1 month now and maybe some hero’s need a little tweaking.

Thank you I did try to delete my post but couldn’t however I wonder why you didn’t moderate the comment about my not know what I’m talking about post, it’s no different than what I posted in reply…

why do people respond who have no idea what they re talking about?

Maybe he doesn’t understand your plight because you’re not at his level. Heck, I’m not even at his level at 50k Team Power. His heroes might have the resilience to draw out and survive until Clyde has a chance to charge up his skills.

Don’t get me wrong, I’m happy that some attention is being given to the mechanics of the game, but I can assure you that it certainly was not impossible to win, at least at mine. 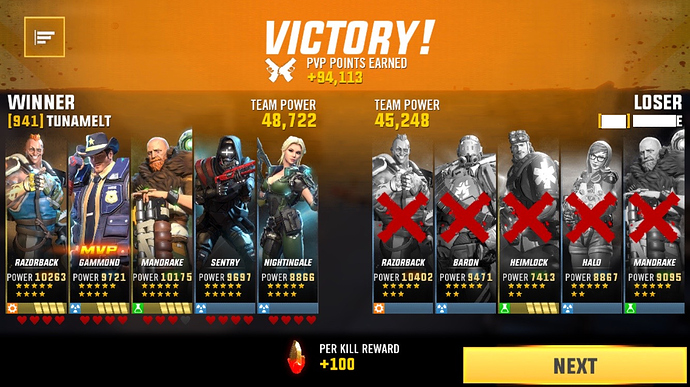 I dont see the problem being halo, because there are team combinations where it’s not even relevant. Baron plat in itself is ridiculous. It’s even worse paired with Halo. To say the combo is unbeatable is just false. I just finished the last event at rank 69 playing at 40k+. I lost some to them won some to them, but PVP isnt the only game mode. Halo helped me beat campaign, and has been invaluable in dojo. Maybe the devs can just host pvp tourneys with a ban list, characters that cant be used in this specific event. The key to me was taking out baron that evened the playing field immensely and i did that with Sapphyre

The Halo nerf has helped a little bit in PvP but it’s still ridiculously strong. I’ve managed to beat the Plat Halo/Baron combo a couple times now since Baron’s primary doesn’t proc Halo’s skill quite as often but I’m still losing way more often than I’m winning. And if Phalanx and Keel are also in the comp? Pfffft, forget about it.

Seriously, the fix for this is to make her skill only proc on Bronze and Silver abilities. She’d still be a great PvP and PvE character but not a “must-have”. It’s such a bad idea to create hard-line metas like this. We’re already there with Mandrake (still a “must” for best team comps despite the taunt/marked counter) do we really need another?