Power- maxed power score is 25670, which is decent but not super high

Either get her by special crates or do the co-op raids, estimated time with co-op raids is 28 days max. Minimum 11 days, depends on how much frags you get every day on the resets.

Strenght : She is specialized in exposing enemies and lifting them, thus making them unable to do much. Im seeing her being very good at countering mandrakes and lancers, or just in general anyone that can make/can be invisible. She doesn’t deal to much damage with her bronze and silver but her gold pressures opponents to stay put behind cover or they will suffer from damage and the consequenses of her plat, her plat does deal some damage to the enemies affected by their storm but mostly just keeping them lifted.

Weakness : mostly just good damage heroes, mech heroes and anti tank heroes would work very good as she is a frontline and very close, people with instant stuns or stagger would work to, like sentry or shank. This could disrupt her.

stat wise she has a very large health pool, some good armor, her damage is also pretty darn good with her LMG

what i think that she is going to add to the game is a counter to enemies that go invisible and make is easier for auto pvp teams, i think this is a very great addition to the game, tell me down below what you think

Her base shot damage is terrible, but her fire rate is so high that it adds up to something pretty quickly.

Well we have serial which has 30k

That’s at ruby. That’s not that high

maybe she will have a skin to use and buff some stats. my chester isnt at max yet, but has it around or passed that number. when i get her, i’ll play with some combos to make the best of it

Works best with surge, bucket and halo. If an enemy is lifted they eat a lot of damage! 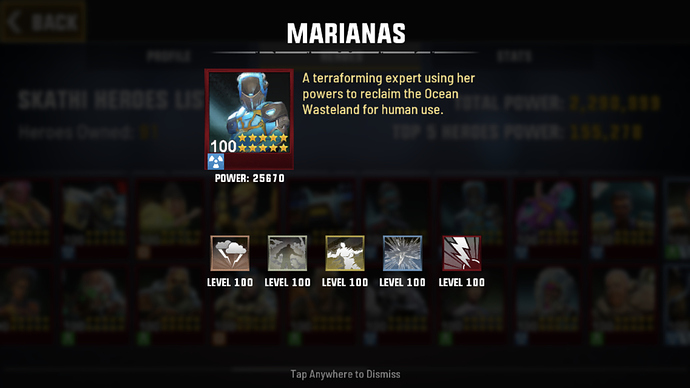 Thats exactly what my guide said, and also, i meant serial 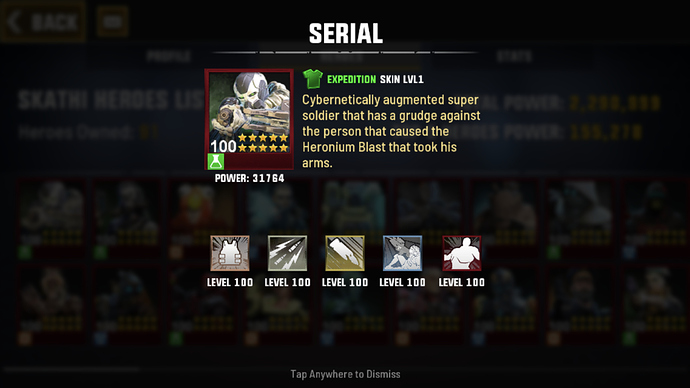 So where is the 35k power reference for Serial coming from? Is this guide accurate?

This guide is not about serial

Try throwing bucket into the mix.

We know, this setup has been made by fade

Huh? who tf is fade? Was just sharing some teams that work well with her. No need to be rude about it

this thread is a ‘Guide for Marianas’ isn’t it. Multiple teams have been made by multiple people, nobody ‘made’ a team lol

Fade is probably another player that’s been “playing since Beta”.

they get to copywrite stuff.