The current Solo Gear Collection Blitz appears to be broken, I’ve collected 50 platinum fragments in order to get the top reward, and NONE of it registered. I’m still stuck on the Tier 3 reward. I’ve collected 10 additional platinum fragments which have NOT counted towards the rewards, so I’m going to end up missing the top 3 rewards. I hope you can fix this or have a way to have the fragments we’ve collected count, because this is extremely frustrating. My friend has experienced this exact same issue, and we both have spent money in this game.

Is this only the mech gear bottle, or any item (“gear” that you apply to your heroes)? I collected a number of platinum items (not frags) and my score didn’t go up at all.
Then I collected a silver throwing star and it went up a bit. Exactly what are we supposed to collect here? I feel like I’ve wasted a lot of stamina.

this is another case of the rules being unclear.

Well, the rules are clear

A throwing star is an item (not a frag), getting score for it is intended.

You are supposed to get score for getting items, not frags. There are no green fragments, so every green gear is an item.

The only silver/gold/plat items you can farm are Swords, Fuel cells, Throwing stars, Throwing knives and Grenades, if I recall correctly. Everything else (shoulder pads, pistols, canisters, etc) are fragments, and need to be crafted to score in this event

The real problem comes when he says he collected “plat items (not frags)”. If he really collected plat items and got no score, thats not rules being unclear. Thats the event not working as intended, in my opinion. But I didn’t get this problem as far as I know.

@GTSaiko Stop defending HH in all topics as you would know what others think, I have no problems with the rules of this blitz but I can fully understand why a lot of people don’t distinguish between items and fragment of items. Would be easier to just use a system getting points for both items and fragments of items because they are both items of gear… No doubt the rules are unclear for many and there is a simple fix to it.

I dont defend HH in every post. I agree that they are really unclear with event rules most of the times. And their wording is confusing sometimes (Salvatore’s gold and Drake’s plat use a similar wording, but Salvatore is the only one who can trigger his passive, while Drake’s can be activated by anyone on the team).

And this wording thing gets even worse when the game is translated poorly sometimes, and we are not allowed to change languages.

But this particular event seems worded correctly, in my opinion.

Im sorry I have a different point of view

I guess the point of this group is to give “Feedback and ideas” to help improve the game, if people feel that some of the rules for events are unclear that is their feedback hoping things will improve for the future. For me the rules was crystal clear and I achieved max tier during the event, but I fully understand that it might not be as clear for others and that is the valid “feedback and idea” of this topic. We are not debating if the event is not following the rules set, it its making it even easier for all to optimize their gameplay without misunderstandings. Your initial reply to this post starting “Well, the rules are clear” undermine the core issue of this post that at the moment many people don’t understand the rules of the event, hence being unclear.

By the way @GTSaiko, is your real name Andrew and you work for HH support? This is the typical response he gives without anything happening afterwards, been the same story for years as he also worked on Kill Shot Virus where we got no progress in sorting out the issues us players were facing.

Your initial reply to this post starting “Well, the rules are clear” undermine the core issue of this post that at the moment many people don’t understand the rules of the event, hence being unclear.

Well, you are totally right there. Even more when, as I already pointed, translation may make it even worse and we can’t change languages.

I apologize if I came as rude. I didnt mean to insult OP for being confused (which happened to more people, since there are other posts asking about this same issue, if I recall correctly) . I meant rules were clear for me, personally.

I agree a simple ‘fragments wont score for this event’ or something like that would avoid future confusion. But I dont think this event is badly worded, compared to others (like the last coop using bio/odachi blitz)

And no, my name is Gonzalo and Im currently studying engineering. You have the wrong person, sorry

@GTSaiko Nice to meet you Gonzalo

. I studied Computer Science and engineering 25 years ago. My job today is not directly related to my education as I work in management for a company serving 10’s of millions of customers every year. Maybe that’s why I bother giving feedback on both the game itself and how I feel as a customer of HH.

I’m sorry for being off subject:
Event rules are for many unclear, please improve ^^

It’s fine. I didn’t feel insulted but I unreservedly disagree with your opinion that the rules are clear. Some people, like you, may have understood them correctly. That does not, objectively, make them clear.

At issue for me is the word “item” and the lack of further explanation or context around this word. In my opinion, there are few words in the English language that are more ambiguous than the word “item.” Literally anything can be an item. Even fragments can be considered items. Equipment parts, car parts, anything parts all have an “item number.” Yet they are just parts, not the final product. There is nothing in the English language or any other established or unestablished standards or precedents that dictate anything which even remotely implies that “item” refers a final product. Quite the contrary. Most people would agree that “item” can be anything, including parts or fragments.

I did not think that such a lengthy and detailed explanation about why just stating “item” is unclear would be necessary, but there it is.

In the future I think it would be helpful if HHG could be a little more descriptive in their explanations. For example, using the phrase “fully constructed equipment” or adding a disclaimer “(points are not earned for fragments)”. This is something that literally takes less than 10 seconds of HHG’s time.

Oh… If they used the word ‘item’ I can see why there would be confusion, as item is such a general word.

In my language, they use the word ‘equipment’. Since you can’t equip fragments without crafting them before, it felt obvious to me that fragments wouldn"t count.

I didnt expect their translation to be more precise than the original, given most of the times, its the other way.

To be honest, if I had read instructions in english, I would have expected fragments to score, too.

My bad, for talking about a problem without really knowing what caused it 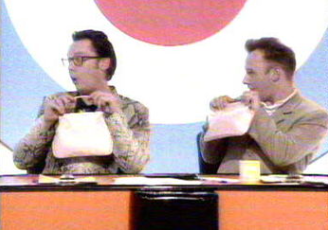 I agree that its a bit confusing. In german it says “equipment-item”, so there is some room for interpretation. Needed some time to figure it out, too. And I think its hard for new players, who may are not aware of the difference between fragments and equipment, because its explained nowhere and you need 5 or 10 knives/stars as often as fragments to craft equipment. Understandable that you get confused in the beginning.

They should simple add “fragments are not counting towards the rewards” to make it clear for everyone.