The Slurp Update is COMING SOON! 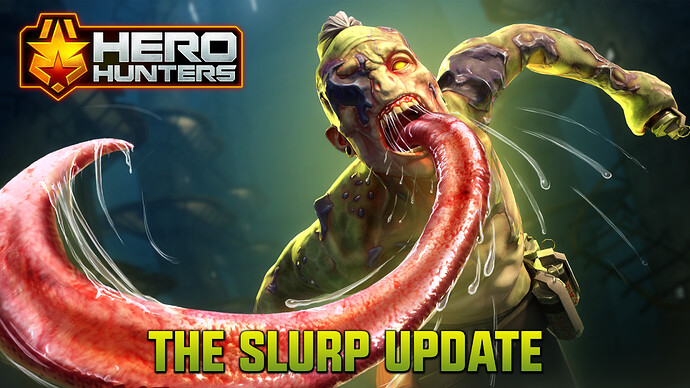 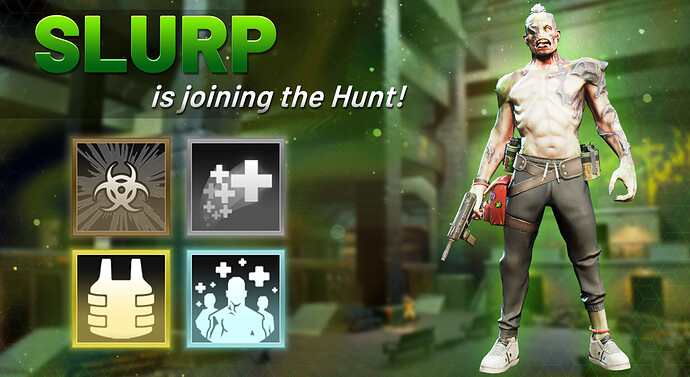 Slurp, the “Mutant Manager,” joins the Hunt! This multi-tasking Hero splits his time between poisoning enemies and topping up the Health of his allies. Beware the tongue!

Check out his Skills here: https://bit.ly/3avKUO5 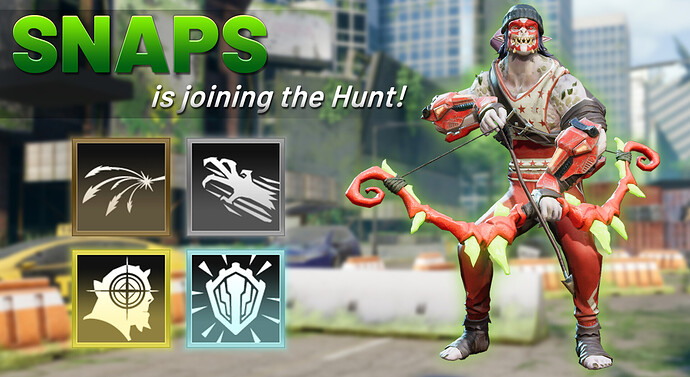 Check out his Skills here: https://bit.ly/2NFqGbK 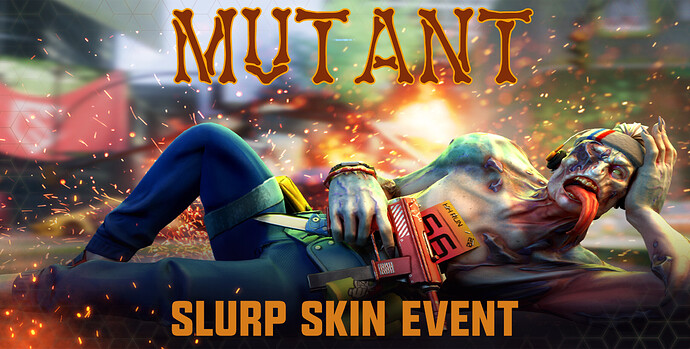 NOTE: You’ll need to have a Team Level of 40 to unlock the Skins function and equip your Marathon Mutant Skin if you win it. If you win the Skin from Team Level 35-39, you’ll still own it, but you won’t be able to equip it until Team Level 40. 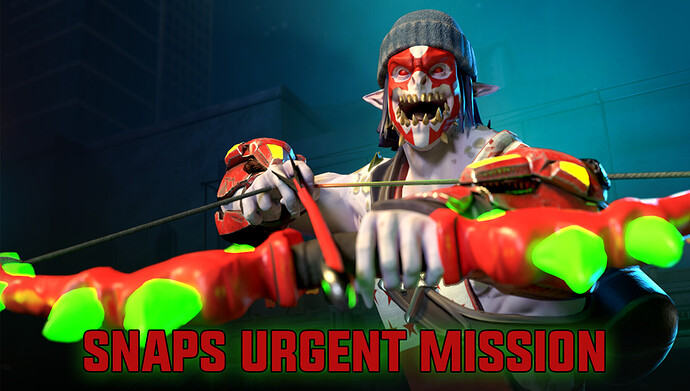 It’s time to go beyond the dome! Going forward, all Razordome Events will now be called Urgent Missions! It’s the same Event under a different name.

In this Solo Event, Ryker’s group receives a distress signal from Kiyoshi, a mysterious character they’ve never encountered before. Though he’s wary of this stranger, Ryker opts to defend her against Snaps, a deadly hunter sent from Teraventa to being Kiyoshi back – alive, or dead. 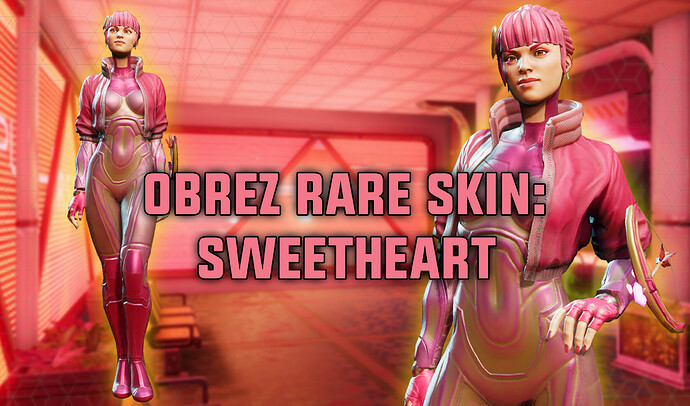 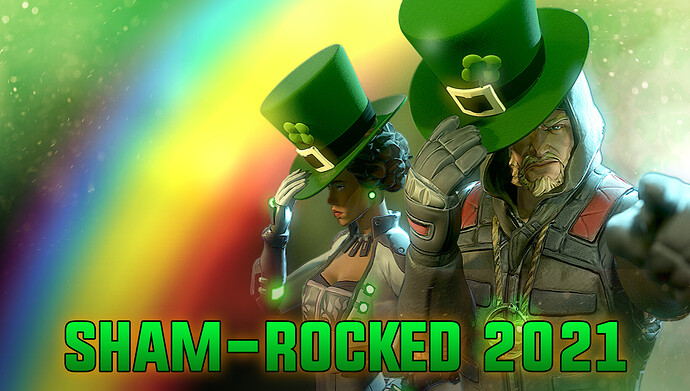 Fight through this wave-based digital adventure! Win great prizes based on your progress, including Platinum MK V and MK VI Cores!

We’re giving several Stores some love. Starting with this update, look for some stock changes, including some sought-after items players have been asking for.

These Cores are a bit of a choke point for a lot of players. We still want them to be valuable indicators of in-game progress. They’ll still take effort to obtain, but in addition to adding a MK V and MK VI Core as prizes for Min’s Danger Simulator this month, we’re exploring other options. Look for Core Fragments in Extreme Mode, where certain District 1 missions will provide guaranteed Platinum MK V Core Fragments in mission rewards!

While we’re not currently looking at adding new District content, we’re looking to add new maps in the future, to serve as battlegrounds for various game modes. We don’t have concrete details to share right now on what those maps might look like, but keep an eye out for news in the future.

Odelay! Beck’s damage output was a little too high, so adjustments have been made.

Obrez’ augments get some tune-ups this month to maximize her damage output and better fit her role.

Torque gets some extra Health to help him stay alive long enough to do his job.

Fight through this wave-based digital adventure! Win great prizes based on your progress, including Platinum MK V and MK VI Cores!

yessss what i want to hear

I like the store changes, MKV +MKVI additions, and the possibilities of new maps. What I’m not a fan of though, is the new loading screen.

I hope we can get more lore now, I feel like urgent missions can lead to many scenarios instead of confining the story to the razordome

For me personally, I find the long tongue disgusting. I’m totally fine with him having deformities, and I think his backstory fits it well, I just think the tongue is a bit much. But the loading screen feels to me like it’s shoving it in your face, and launching saliva along the way.

Appreciate the MK updates a lot, looking forward to more updates to come. Thanks!

Overall I’m happy to hear that some fundamental changes to the stores and new maps, but I do wish there was more district content, even though that’s not on the radar.

Either way, more utilization of under-appreciated campaign maps is something needed, not to mention HH-universe lore development. Definitely keep developing that aspect of the game.

The Torque buff is good, but a big reason why players find him lacking is the negligible dispenser passive healing, which feels like it could use a minor boost (1.5x?) Compared to Heimlock or even Gammond, Torque doesn’t feel competent or reliable enough to use.

Is Beck’s Armor and health going to be increase since her damage is dramatically reduced? I hardly ever see Beck in PvP so this nerf is a bit of a headscratcher, similar to last month’s nerf on Oracle.

If this is going to be the norm, more and more people are going to walk away from this game because it’s expensive to bring some of these characters up to Ruby for Extreme Mode.

Looking forward to this update. Glad that Kiyoshi is getting some story in an event. Wonder if she is just using Ryker. Also love the new Obrez skin. Keep up the great work. Hope Slurp doesn’t lick the screen.

Love the news about cores! I’ve never grinded for frags in campaign as I’ve got them through alliance store (and bought complete ones from stores), but I’m reaching the point where I will need to. Now the only annoyance is the constant grind for platinum swords :))

Slurp sounds really good and I’m loving the new lore! This is looking like a really good update, thank you HH devs

Love the talk on some store changes. Would love a buy all option in heronium store. Takes forever to buy everything in there everyday.

I personally think the loading screen is awesome, really wicked. What I don’t like is nerfing BECK!!! Who even uses her??? No way she deserved it. Instead of nerfing needed heros like the lighting team you destroy a hero that doesn’t even get used in pvp barely. I have spent so much gear on beck to get her to ruby 4bar and now her power is gonna take a huge hit. Its ridiculous to spend my time and money on something for you to then ruin it.

I am a huge fan of everything this update provides. Sure these new heroes give me the willies but the cores being easier to get or slightly easier to farm is very welcome. Store changes and more sought after items is a great addition is well it proves that yall, in fact, are listening to the community. I am excited about this game moving forward and am very happy that I decided to give it another chance and start playing again.