Today I put him up against Gorgon along with my two strongest heroes,
9* Dogface Platinum and 8* Platinum Odachi. My 5* Elite Rifleman at Gold promoting did good - surprisingly good actually.

Anyone here with a high leveled Elite Rifleman who loves him? 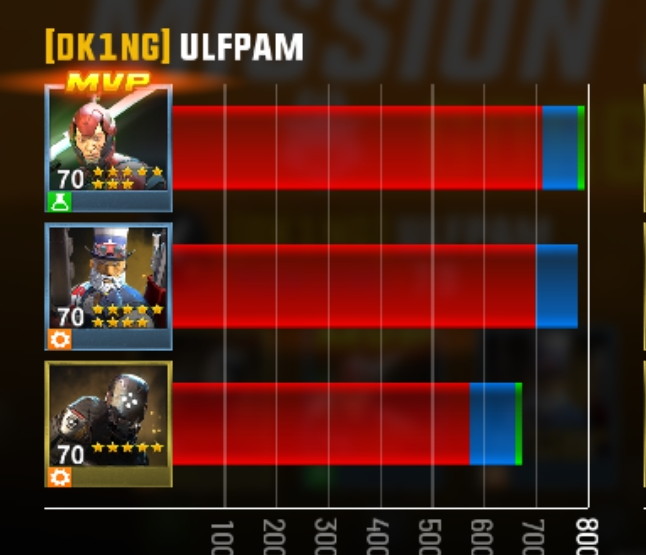 Cool, yeah. How bad / good is your Elite Rifleman at the moment?
His Gold skill makes him durable!

At this moment 5 star silver but I know a few people who have him higher and love him my scope is gold 6 stars and bolt is gold 7 stars I love using low popular toons man sometimes u find ones that are fun as hell!!

I used Bolt earlier but he fell behind when I started making heroes Gold - his health is just too low and he’s got no way of generating health or shielding himself. How much health does your Bolt have?

My current Bolt and Elite Rifleman.
Bolt is on the same health lvl as Odachi…very very low, but it soon shouldn’t be a problem with the next update.
Elite Rifleman has ok health, with his platinum he reaches about 223k (which again also won’t be an issue with the next update), but what really sticks out is his insane neutral damage which is on Odachi lvl!, but his elemental damage is way too low to make him just as good as Bolt or Odachi. 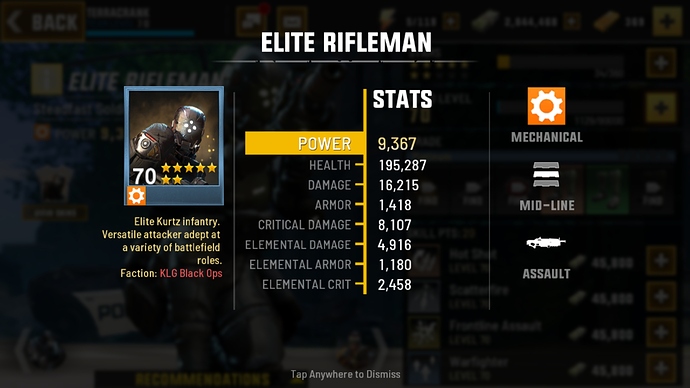 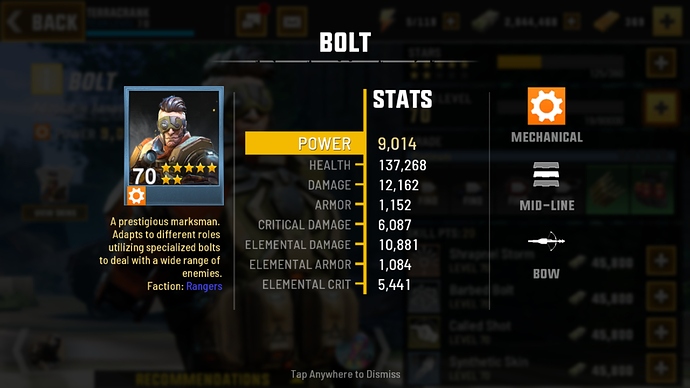 Wow thanks everyone for this little gem of knowledge!! I will definitely pay more attention to powering up my EliteRifleman! Been neglecting him for so long now thinking he wasn’t as good as some of the others… great topic.

Hardscope is very underrated as a piloted dps machine. He can outduel Dog if you’re patient and let his gold kick in, and his drone is great at subtle healing.

Yeah, ER pretty much a hero who’s bbp. You know, like Solder76

His plat also applies a NASTY DOT! I’m going to work on him at some point, because I think he is a hidden gem.

Dont get carried away, Elite rifleman is trash.

He is decent for patrols.

He won’t outdo Dog because of the waiting. Every second you wait is every second more Dog is doing damage and restoring his skills to do more damage.