I opened my game this morning, saw this crate and noticed this… 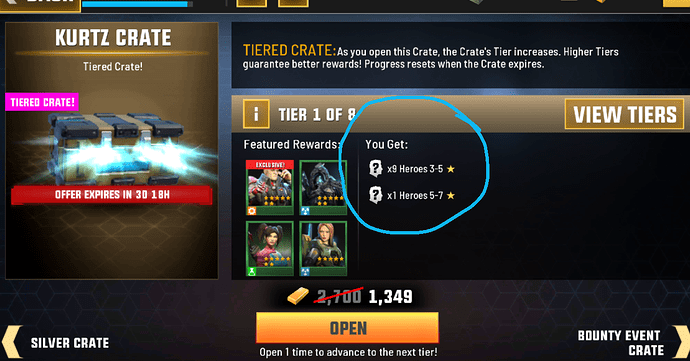 Yeah they did these for the brogan crates too. Good offer!

However, these crates should be better named though. Why call it the Kurtz crate when it’s practically impossible to unlock him here? With these odds, nobody will pull Kurtz from these crates unless they want to donate thousands of dollars to get rewarded with more moneycentric game changes from hhg

Yeah, I’m with you on that. It is only a very tiny chance higher than usual. They should have a tier that gives Kurtz guaranteed. But still, 10 heroes for the price of 5? Still a good deal for me.
P.S. Then again, I said the same thing when I opened the Bounty Crate of the Mercs. Imagine my surprise on who I got when I opened it. 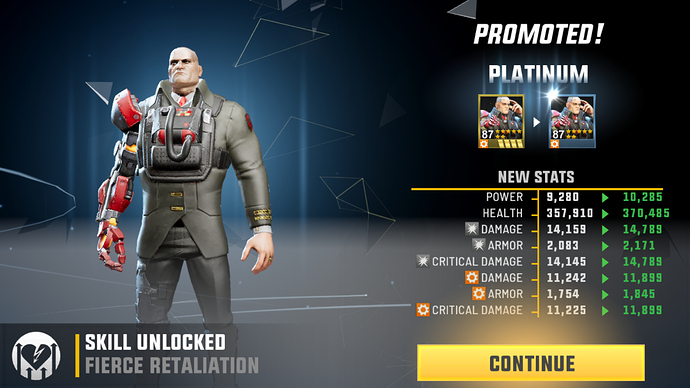 Why call it the Kurtz crate when it’s practically impossible to unlock him here?

Kurtz crate it’s a pretty good deal.
I got Kurtz without spending any $, I had enough gold’s to buy 3 tiers, and 4th is free. I also got Oracle, the only 5* hero I didn’t have.

Well, if you unlocked him by only opening 4 tiers, you have to say that you got really lucky this time. I will he happy to be in your position for every lucky person who got the jackpot, there will certainly be many others who spent thousands and were unable to unlock him.

While it’s not statistically impossible, it’s not practical to open the ‘kurtz’ crate just to get kurtz. It is a good offer, I did not deny that, just suggesting that the crate could probably be named better for the deals we are getting

It’s a good deal, but I went with the 1k crate instead. Got Heim from it which was cool