Has anyone gotten commando yet from the gilded crate? Just curious to know how he’s like. For 2 weeks now I haven’t seen not one person using commando in PvP. Don’t get me wrong, I’m grateful that they’re giving us gilded token through events but weekly events is not an efficient way to get this character especially when they only give you one token per week. I feel that they should make the final tier 2 gilded tokens instead of one or make an additional way to acquire tokens.

I have him and I’ve seen him numerous times in PVP. For their first 4 star release, I like that he’s “rare” but still attainable relatively easily to everyone as opposed to the more elusive 7 starred characters. These gilded tokens don’t expire. Just because people don’t have Commando yet, doesn’t mean they won’t have him in time.

I dont even see half the characters in PvP that I KNOW people have.

By the same logic no one has bucket, beck, anvil or scum. Pvp appearances hardly represent the quantity in circulation.

Commando is great. I got him on my first opening of the gilded crate (after 5 openings of Carabina crate with no carabina). He deals a ton of damage, can easily pick off individual enemies. But for some reason everyone decides to kill him first… He has decent health but isn’t exactly a tank.
His bronze gives him a HUGE damage boost, and increases his fire rate and mag size, its kinda like hecklers bronze.
His silver targets a single enemy, it let’s him deal critical hits all the time on the target, it sucks for plat phoenix or plat razorback because of their anti-crit skills, but on other enemies each shot deals a great amount of damage. Paired with his bronze its a guaranteed kill.
His gold and plat boost himself, his gold makes him move faster and boosts his weapon when he’s below 50% health, his plat lets him heal for each critical hit, which is super helpful.

Nice! As for Phoenix and Razorback I personally don’t see them too often on PVP so that shouldn’t be a big issue. I can’t wait to get him. Try pairing him with phalanx so he doesn’t get destroyed in the beginning of the match and then slap on another shielder. I’m already speculating what type of heroes I should use in combination with commando.

Yes … I got him. Currently working him up… carabina got most my energy frags, but he seems like he’s gonna be cool.

I really wanted to understand why some take only one coin and already take the command character and people like me who spent money on packages already used more than 20 coins and nothing came from this guy … honestly I I give up having it like that already gave up prophet never comes is just to make money I spent almost $ 500 and no command was easier to make an exclusive box of his frags ONLY and cost almost 3,000 gold bars would have long time for money that spent

With all due respect… If you’re throwing $500 at a chance for Commando, why would they do anything different? The reason they do it this way is because people spend money on it. If you don’t spend, they’ll change it.

I’m blown away every time anyone gives hate toward RNG mechanics after spending a ton of cash on it. Surely there’s a level of self-awareness here that would make someone realize that by spending that much money, they’re encouraging the RNG practices to continue.

Spending money doesn’t make anything guaranteed, it’s by chance regardless.

I dont see how you would have spent 500 trying to get commando? They’ve only had 2 gilded crate offers at $50 each. I got both those deals and didnt get commando. While I’d love to have gotten him I cant complain. It was only a 5% chance. I knew the risks 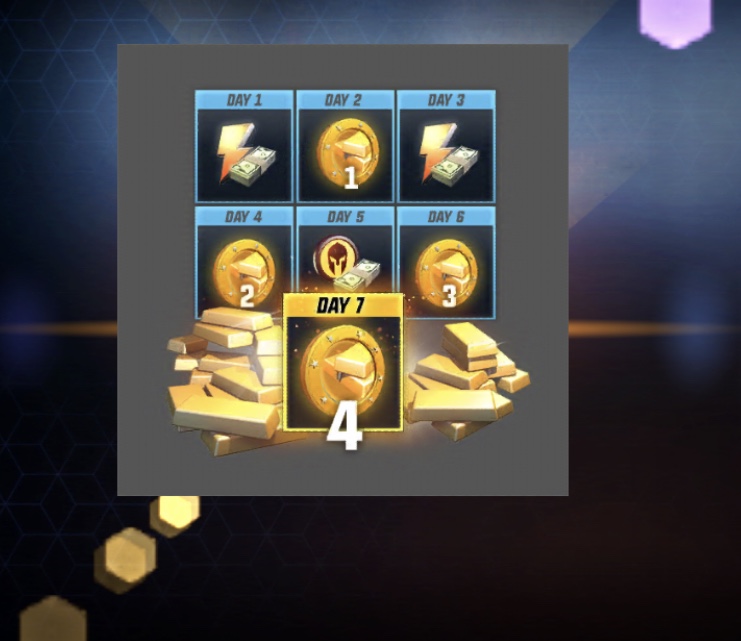 Update on Commando:
I finally got him after like 7 tries and I was tempted to use money to get him but I decided not to do that cuz I realized the developers are gonna give us a chance every week to get gilded tokens from the event missions. This means if I’m patient I’ll get him eventually. Plus, currently he has the highest chance from the gilded crate. Now, amongst my 7 attempts of getting commando in gilded crate the game gave me Artemis, Brogan, AND Prophet… twice! It’s like collecting the three Egyptian God cards (Kudos if you got that reference) all in one month. Now I literally have every character in the game except for Kurtz because of the gilded crate.

As for commando this is the team I stared using for him. (Yeager is a placeholder for commando because I didn’t have commando at the time that I made a team for him). 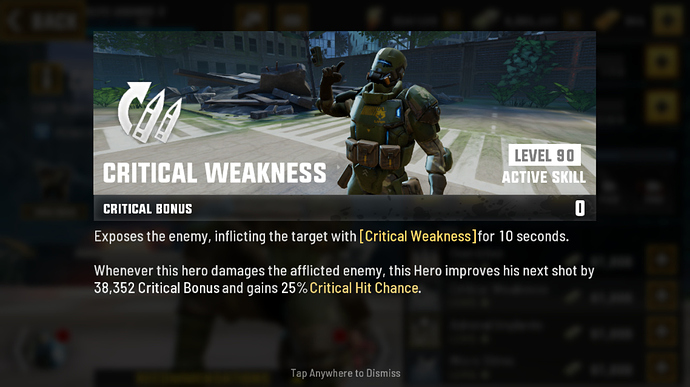 18E687D8-DF13-4D3B-AEE2-175C0B2A1B7D.jpg1334×750 240 KB
I’ve been winning most PvP matches with this team but the idea here is to increase commando critical hit chance so he becomes even deadlier while keeping him alive. I swapped out Françoise for a more reliable source of support cuz this team lacks shield.
TheMeleebros September 25, 2019, 8:59pm #14

I don’t love gilded tokens being the only way to get Lancer and Commando, since it’s like an rng just to get a chance at the rng. That said, when they come on months that also include another hero I can get anyway, guess I can’t complain!

Wow the gilded crate pulls seem amazing! Ignoring the newer characters, the 7 stars are usually what people complain are unobtainable. Guess they forget that when there are newer shinier characters now.

Yea as of right now the gilded crate gives you the highest chance to get those 3 seven stars.

Yea I know this new generation probably won’t know the reference that’s why I said kudos. Just goes to show how old some ppl are.

People who know it are in their 20s. I wouldn’t call that old… yet. Give them a decade.