Commando and Lancer should not be locked behind PvP related things

tl;dr I suck at PvP. Please give Lancer and Commando, okay? Thanks.

PvP scrub here about to roast himself.

Now, hear me out: what if… what if, okay here’s a big brain idea… WHAT IF the UAF counterparts were not locked behind the Gilded Crate. Commando and Lancer. If you got them from PvP events, that’s amazing. Great job. You get the right to flex. You earned them.

For a player, like me, who sucks at PvP and runs mainly PvE activities: I would rather fight a Helios, two Gorgons, and a Galante, all maxed out bars and stars and level 100, for a chance to earn a Gilded Token. I’d rather pray to RNJesus to obtain a Token rather than deal with the sweatfest that is PvP.

Swear its the most demoralizing and infuriating thing to see your Heroes die faster than you can say “Yeah!”

Anyways, here’s a few torches and some lighters. Go roast me.

I’d rather pray to RNJesus to obtain a Token…

You mean like a crate that we had for the terra cotta skin and will be given with shivs new skin. Your wish was and will be granted. 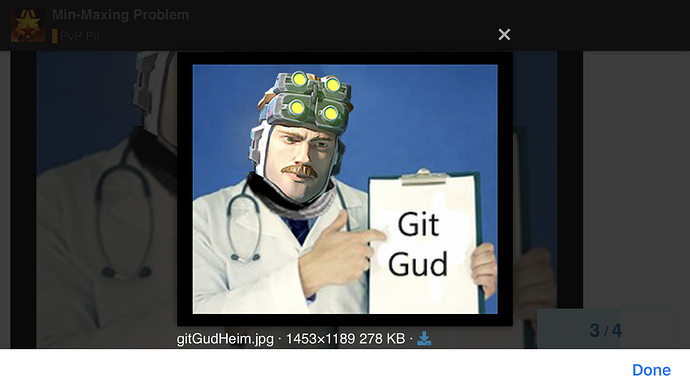 What are you saying…?

Thanks for the feedback Lurking_Garbage!

The skin crates opened by tokens won through Co-op raids do have a chance to get Gilded Tokens. I’ll pass your feedback along to the team about adding more opportunities to earn them.

I’d just like more opportunities to get the gilded thing to drop. I just play the pvp thing until I get one just to be disappointed in the results.

Even though it says high chance, I still get the crappy short end of the stick and get frags for heroes I just don’t like or use