Characters that should be tweaked for more viability in pvp

To the developers of hero hunters:

This new May update has tweaked a bunch of characters. When I was reading the patch notes I saw that kobold was improved because the developers barely saw people using her in pvp. I feel like people barely use oracle in pvp as well. I feel all of her skills except maybe the plat skill is lacking. I’m gonna start with the silver skill because I feel like that is more important to be tweaked. My suggestions are kind of long to read but it’s necessary to thoroughly explain the issues so bare with me.

Silver skill: this skill is fine in terms of damage but it’s not as useful as it could be in pvp. When activating orbital bombard the blue beams take too long to come out. It gives opponents too wide of a window to counter it meaning they have so much time to interupt her while she’s starting to get it out. My suggestion is decreased the start up time of the silver skill so it comes out quicker and/or make it so she can move around while it’s casting because being a sitting duck for 8 seconds is also not viable in pvp and it doesn’t help that the beams hit the battlefield randomly.

Bronze and gold skill problem and suggestions:
My only issue with these two skills is the amount of healing you’re getting is not significant enough to be viable in pvp especially since both skills are situational. For the bronze skill you only heal IF someone uses a special and for the gold skill you only heal IF someone is killed by the silver special which often times won’t happen in pvp because the silver skill takes too long to come out. First, my suggestion for the bronze skill could go one of two ways. 1)Significantly increase the healing since that part of the special is situational anyways OR 2)Instead of making it situational you could increase the healing a little bit more and change the special. Instead of healing every time someone uses a special, you heal by a certain amount per second for 20 seconds kind of like Gammond’s Bronze skill. 3) if you don’t want to go through all that extra stuff you could just leave the healing relatively the same but increase the 50% faster cooldown to 65% so we can get the heals more often.

Gold skill suggestion:
And going back to the gold skill, increase the healing a little but for the most part if you improve the silver skill the gold skill will improve by default. Or for each person that gets damage after [target down] is activated the healing is multiplied up to 3 charges instead of 5 charges like keel’s gold ability. 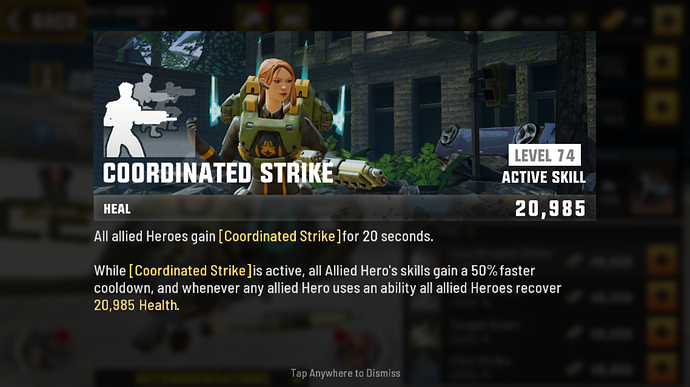 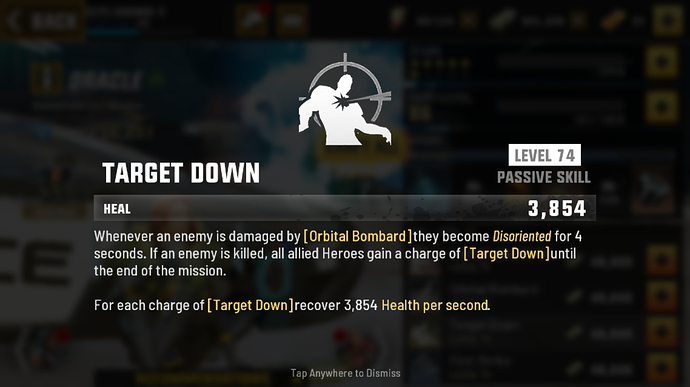 (And maybe sneak in a cool skin for her in the next update or when you guys introduce another UAF character.) Unless you guys plan on giving her a legendary skin that we don’t know about yet.

I’ll be on the lookout for more characters that could be improved for pvp (or in general) and let you know if I have any more reasonable suggestions.