Changes in the Bounty Event

I want to propose some changes regarding the call of prey in the bounty, I took the job of editing some images to show my point of view, and if it is not clear with my poor english.
beginning! 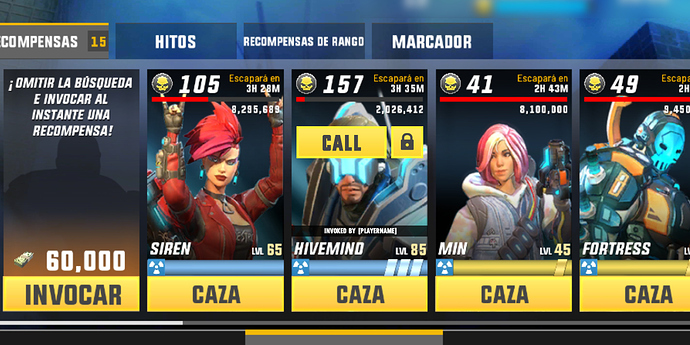 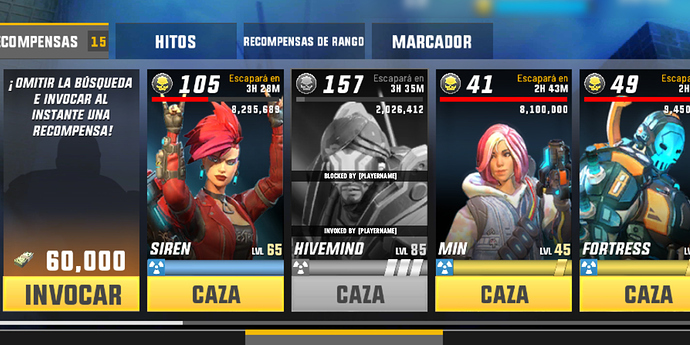 This is how a blocked prey would appear, and only the officer and higher ranks would have the power to unblock them apart from the alliance member blocking it.

I like this idea. It could make bounty hunting much easier.

It is precisely the alliances that call their prey because the functionality I propose does not exist. Hahahhahaha

The only thing I don’t like about it is the fact that it requires the person who locked the bounty or an officer to unlock it. People suddenly get pulled away from their phones during an attack all the time. Phone call, text message, wife bitching you’re playing too much… Maybe make it so it locks until you leave. Once you leave it unlocks. If you lock it and leave, it also unlocks.

I think this discussion has happened before. In that discussion it was mentioned that when at beginning of game, bounties are meant to be finished along with bunch of players, which is understandable since we had level cap of 70 and before that players base power was lot less. Now more and more players are capable to one round hunt the bounty. The dev mentioned the solution could be increased HP. The problem still persists and this requires attention.

Call or not, what problem persist is entering bounties without if knowing if other player is going to enter at same bounty or when you do you enter with a top notch team, only to take out 300k odd damge. This is issue and hence we need to call in chat.

I know it is weak proposition because out of 100s of alliance, about 150 of them will actually care about it. In my previous comment, I put emphasis on summoning, which is taking toll lot more on individuals than giving rewards to Alliance. Times have changed, players have grown stronger, objectives have changed for alliances, things definitely need rework and tweaking.

PS: I would urge players to focus more on ‘what our problems are’ than ‘what solutions we want’. Let devs know our complete problem than just shelling out suggestions. We are just players and they have only one job - to improve our game experience. Our suggestions have to work through game mechanics and other chunk of things we don’t think about but devs have to think about everything, even about unfair advantage it might bring in game which we never thought of (don’t know if their can be one in this case but top alliances will have more fight if call be a open facility to every alliance).

All I want is more bounties. This is ridiculous

I think if the generated bounties were more there would be no issues. I see a lot of call out nonsense. Thats fine until you have claimed bounties with less the 1 mill in points and the player has moved on. People seem to forget that its the kill that gets the rank not the points you accumilate. So in my crew i dont allow call outs or claims. Between the limited amount of bounties that no one wants to buy and the left over bounties with small amounts of points i see this only being helped with more bounties for everyone to choose from. If this does happen i would suggest that a player that claims bounties can not grab another one until the previous bounty is killed off.