Where are the Patriots? It’s a question that’s been on the agenda of many a Hero Hunter of late?

June is Patriots Month, but their absence has been the talk of dinner parties right across the HH community. Rumours have flown and critics have circled, but we can exclusively reveal that they have been spotted in deep and darkest Brixton raving it up in mosh pits.

“Fortress, where have you been all month?”

Fortress: “AAAGHGHHGH…” Fortress was unfortunately unable to make a meaningful comment and promptly froze to the spot while his arms girated in what can only be described as a deeply disturbing experience. Fortunately new member of the team, Flatline, jumped to the rescue with this interjection: “What’s up bro - we have been livin’ it up large my friend…fancy a shot? Go on, give this a go…it stops your heart, but no worries I can bring you back and I can guarantee you would never have had such a kick - booyah!”

We declined the offer as it started to become more and more apparent that the entire team were completely rat-ars*d. Surge and Saphyr were - well we just can’t print what they were up to, suffice to say that a gravity device and rift blade found whole new uses…

Out of the shadows, their agent (could it be Kurtz?) appeared and apologised to the HH community, on behalf of the team, that they had totally forgotten that this was supposed to be their month.

We have it on good authority that the Patriots are booked into Rehab now and are under-going an intensive Detox course of fruit and root smoothies. Rather you than me!

We wish them a speedy recovery and cannot wait for them to make their comeback - shot anyone? 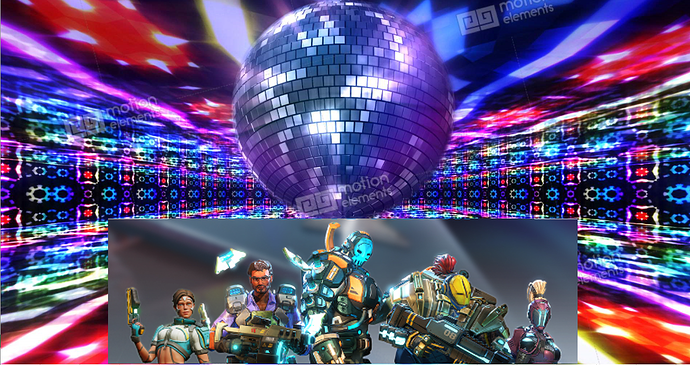 I gave about 2 million bucks to Surge last week and told him to go upgrade his skills but he’s still weak as a mouse so I guess all those bucks helped fund this Patriots Party. I feel stupid.

Thanks for the laugh!

This is actually amazing. 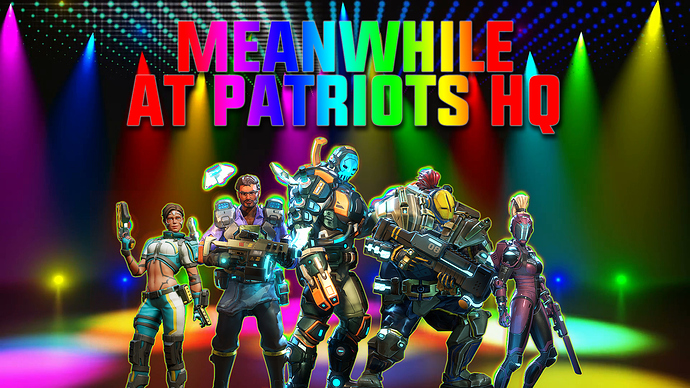 But it does bring a question to my mind… why is there a whole month dedicated to a Faction when half the month is already over and has been focused on a different faction?

Here’s a suggestion: Skip a July update, and time the August update to where it will be available on or within the first couple days of the month, and continue that or all other updates.

Problem is that we get an update after every second bounty each month, that’s 28 days in-game, but outside every month Is 30-31(excapt February (

So that’s why the update will be off

Not really. May patch was on 9th, 10th at most (I don’t really remember), so currently, 33-34 days have passed since last patch.

Poobgloob, I think its more like June’s being Patriots’ patch rather than month. May’s patch hasnt “finished” yet, so the featured faction is still Caine’s. Not the best way of presenting it, in my opinion. Its kinda confusing that June is called Patriot’s month and its already 12th without a single Patriot event.

Excuse me, can we avoid having sensible discussions on this thread and revert to sarcastic banter please…