I hate BRAWL match making , please provide us Fair matches,who agree with me , please tell me 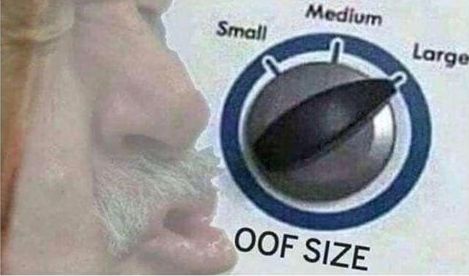 I am also facing that problem in Brawl , lots of players using Min - Maxing to win matches , especially with the Golden skill of Castellan it becomes nearly impossible to win matches . They use other heroes with low level but Castellan’ gold is maxed out .This isn’t fair .

Normal 5v5 teams you can usually make a decent support team and run on auto and win a bunch of matches. People don’t realise in 3v3 all the normal rules are out the window, you may need to have an unbalanced team to win, find the heroes people are using and use them too. Shivs and Castellian and must haves this event, but if you play smart on manual you can win just as easily with Caine and Odachi. 3v3 is the definition of guerrilla PvP in this game, it’s not unfair match making it’s just a skill gap from the decent PVP players to the good PvP players

Yeah I agree to some extent that it is clever strategy by some players to use skill gap and min - Maxing certain heroes . Because I don’t have Odachi and Shivs yet I had to upgrade Castellan and win some matches. But still I don’t understand how matchmaking matches me against a Castellan Gold +4 bar player with other silver heroes,when I have all my heroes at Gold level . Our powers were nearly equal but yeah there is a trickery involved here which you all understand.
Trying to make my point with similar incidents encountered in PVP battles. 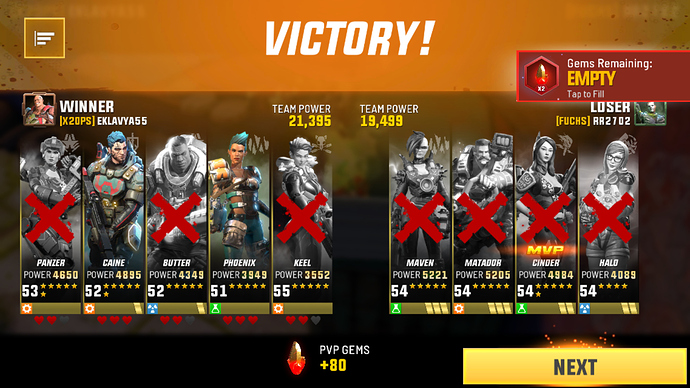 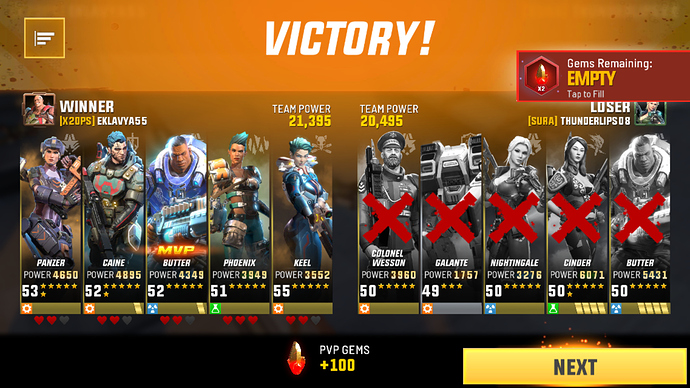 Those are fair matches. There is nothing wrong with using a weaker hero in a team to have a stronger hero as well at the same power. Pick a Team Power that you want to pvp with, and build it accordingly.