Very annoying why his mistake in BOUNTY did not allow the alliance to have the complete milestones and we could not have the first reward, They reported their problem but they never solved it and it affected the entire alliance …

by the looks of the score, you were short and didnt make it.

Several partners of the alliance did not add if a point

the picture is blurry but i see a few things

if you had several more people both summoning and attacking, i think you would have been able to make it to tier 1.

if they were having errors or issues connecting to participate, they should have messaged support so they can investigate and fix the issue.

They did it and there was no solution on the weekend

I don’t know why anyone attempts to post something on these forums. The only thing that happens is a MOD from HH discord calls them liars. The guy had a problem and posted on here because support didn’t help him. Leave it at that……the whole game is bugged so how is it a complete surprise that their bounty was screwed up @GIR?

have yet to see any staff say that people posting bugs are liars. so not sure where you jump to that conclusion. the forum isn’t support. If people have an issue, contacting support is the way to go.

No one said the forums are support. Read his original post and then what you automatically jump to a conclusion about. You immediately assign him as wrong and delusional about the game. The man clearly stated what was wrong. Oh and the picture isn’t blurry at all.

Oh and I didn’t say “staff”. I’ll be more clear and say every single moderator other than ghastly.

still, this isnt support and to get ones issue resolved they gotta contact support in game. and go from there.

I agree, it’s a shame this bounty had a lot of bugs but all we could do was direct people to support. All I can say for now is if you are still playing this game then you know there’s always bugs and issues at some level, it’s annoying I know. It makes me want to quit as much as you guys, just sadly have to wait until next bounty as I find it unlikely any compensation will be provided

I feel the last bounty have some bugs…

As for my Alliance, sometimes the damage points show only zero, even though the member already hit some bounty…

And the bounty hit point is somewhat confusing, just like the pictures attached below: 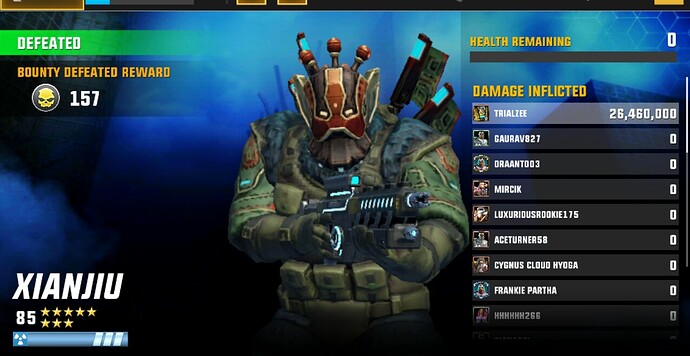 But weird, my ally killed other lower point bounties, with higher damage result… 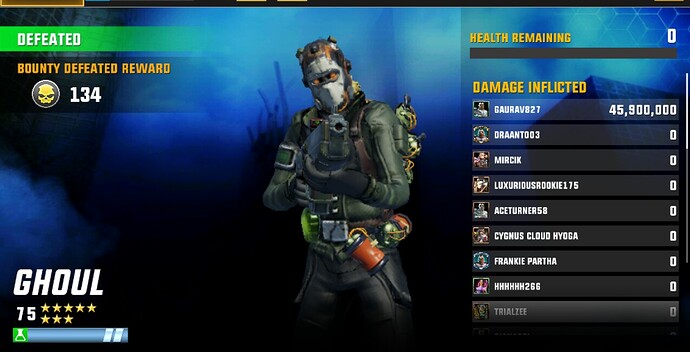 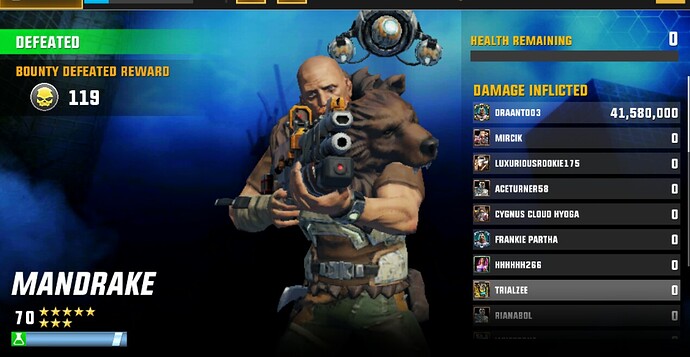 And those are not a bonus bounty either…

Btw, I don’t intend to make a report to support, just want to share my experience here…

Like gir said. All you can do is contact support. Complaining on the forums won’t help even a bit. Devs would never call you a liar and they would do everything in their power to help you
Also, next time you contact support. Add screenshots and proof that can help them solve your problem🙃

Did support helped the author and his teammates?

Why you twerking so hard?

I don’t know whether they helped or not. All i said is that the next time they should add screenshots and proof so that they can help better

I’ve used support a few times. A couple days ago I used supper again.after a couple days of messaging and replying and getting nowhere.i asked some friends.issue was resolved in about 5 mins. Support seems broken and glitched just like the game.
HH needs to quit adding new content and repair game to smooth running